The Media Reform Coalition has launched a petition for a People’s BBC – sign here! 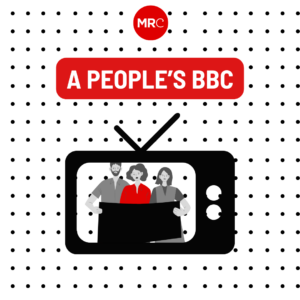 The BBC is under attack. A decade of funding cuts, increasing government interference and commercial pressures are making it less and less able fulfil its public mission. We urgently need a BBC that can hold the powerful to account, and that can help a divided nation understand each other.

We would all be worse off without the BBC – but for it to truly serve the public, it has to change. It must be fully independent from government so its news and current affairs can hold it to account without fear of funding cuts. Its programmes must fully represent the diversity of people and views across the UK. And it must show it is relevant to young people and marginalised communities, by becoming more open, responsive and participatory.

The BBC is ours. It’s time for a People’s BBC.

A People’s BBC would be:

A People’s BBC would be a BBC which is fit for the future – leading the world in reimagining public service media for the digital age.