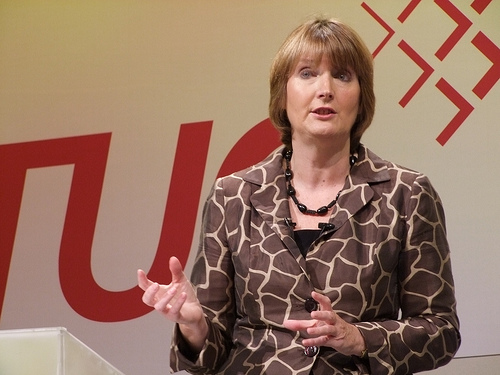 According to the Press Gazette, the Labour Party has promised to vote on the issue of statutory underpinning for a new press regulator.

Deputy Labour leader and shadow culture secretary Harriet Harman challenged the Government to draft their proposal for the new press regulator by the end of this
month. This way the proposal can be recognised via a Royal Charter and discussed by Parliament.

For Ms Harman, legislation is the only way to guarantee the effectiveness of the new regulator. She said: “The role of the law – the legal underpinning – would be limited to setting up a body whose task would be to recognise the self-regulatory system and to check it once every three years.”

“Leveson said this was essential to ensure that, despite all the protestations of change and good intentions, the press did not once again slip back into their old ways – as they have always done after all the other inquiries and reports. We strongly
support that. There was good faith after previous Royal Commissions and after
the Calcutt Reports, but they have always slipped back. The new system must be guaranteed by law.”

Ms Harman added that the new legally-underpinned regulation system “would remain voluntary to join, on the basis of incentives”.

She said: “The freedom of the press is essential. But so is that other freedom: the freedom of a private citizen to go about their business without harassment, intrusion or the gross invasion of their grief and trauma. Those two freedoms are not incompatible.”

Talking about Oliver Letwin’s proposals for the Tories for a “combination of Royal
Charter and accompanying statutory provisions”, Ms Harman said: “The most straightforward way of implementing Leveson is to have a single statute.”

“While the statutory route is straightforward the Royal Charter route is anything but.[…] It is as yet unclear how the body established by Charter could be funded. There would need to be statute to provide for the exemplary damages regime which would incentivise newspapers to join the self-regulator.”

Ms Harman told the audience at the Oxford Media Convention this week that: “We all know that it wasn’t just the impunity from the lack of a proper press complaints system that led to phone-hacking and media intrusion. It was a sense of invincibility arising from the power of the concentration of media ownership.”

Last August Ms Harman called for rules to limit media ownership, saying: “The age of deference to the Murdochs is over.”

According to the Guardian, Labour has already spoken against the influence of Murdoch’s News Corp – which owns the Sun, the Times titles and a 39% stake in Sky. Party leader Ed Miliband told the Leveson inquiry that he believed that one company should not own titles which account for 37% of newspaper sales in the UK.

This is precisely the approach that Media Reform will continue to highlight over the coming months: the need to tie together questions of press regulation with wider issues of concentrated media ownership. We will be presenting new research onmedia ownership in the UK together with new polling figures to make the case for tougher ownership laws.