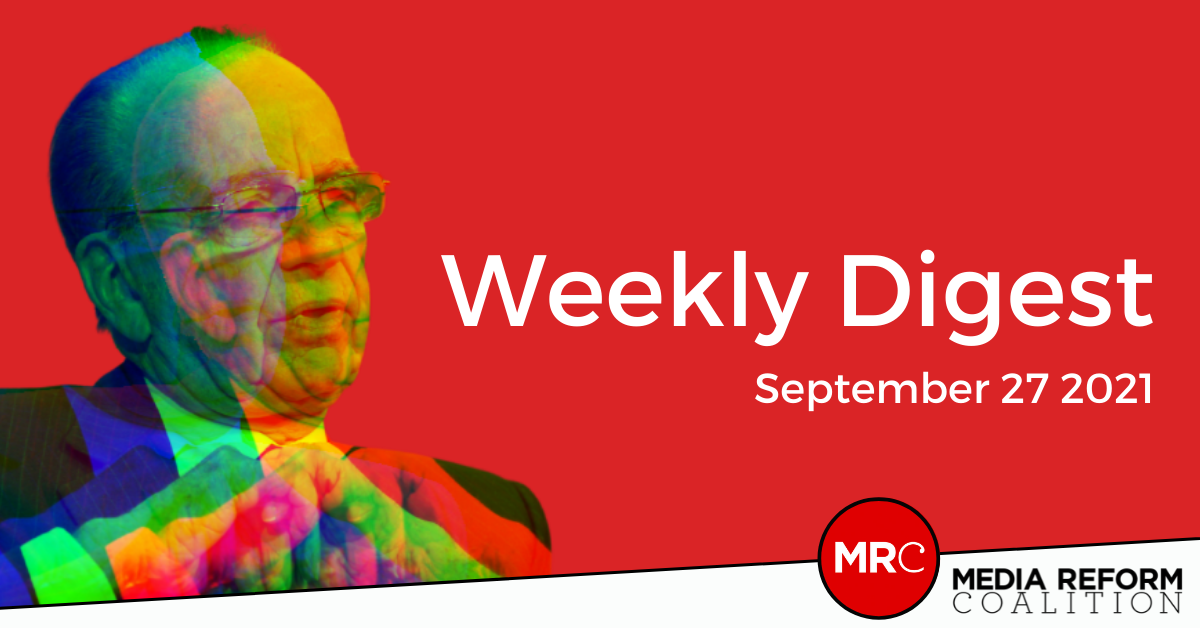 Hi everyone, Eliz Mizon here, back after a summer break ☀☀☀ with the Media Reform Coalition blog every Friday.

Hopefully, you saw the list of government consultations on the media that I shared in the last blog in August – the last one still open is: