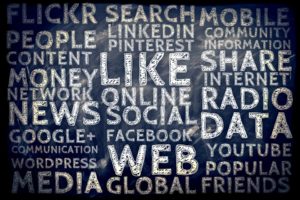 In an essay written by Justin Schlosberg, Chair of the Media Reform Coalition, the influential think tank ResPublica has given weight to growing calls for media policy to provide a lifeline of support for local and investigative news. As twin pillars of the fourth estate, these forms of journalism have been under acute pressure partly as a result of digital disruption. But in an interview for Radio 4’s Today Programme, Schlosberg made clear that a proposed levy on search and social networking giants should not be used to bail out national newspapers. It should instead be redistributed to a whole range of vehicles – including newspapers but also local and hyperlocal non-profits, investigative bloggers, freelancers, etc. The dismal failure of ancillary copyright laws passed recently in Germany and Spain was not just because they proved unworkable in the face of Google’s enormous market power, but because they were designed to facilitate blanket payments to publishers, many of whom are likely to continue with cuts to newsgathering over the long term, in an effort to shore up their bottom line. ResPublica director Phillip Blond said: “There is clearly a public interest in sustaining local, regional and investigative journalism.”

In another echo of a key aspect of the Media Reform Coalition’s draft plurality bill, the essay also calls for “bright flexible lines” to be enshrined in new legislation that supports periodic media plurality reviews by Ofcom. It notes that such reviews have been endorsed by Lord Justice Leveson, the Lords Communications Select Committee and even the government itself. But there remain crucial unaddressed questions regarding how to determine plurality ‘sufficiency’ and remedy concentrated market power. The essay argues that Ofcom’s ‘indicative thresholds’, suggested to the government in 2012, could serve as triggers for a range of behavioural and structural remedies to be determined on a case by case basis. But it makes clear that decision making power must be taken out of the minister’s hands, given the acute risks of capture posed by what Leveson called an ‘unhealthy intimacy‘ between media and political elites.

In conclusion, the essay stresses that “the need for reform of media ownership and plurality rules has been a much talked about issue for some time now, and in many parts of the world. But as digital news markets reach maturity and the political long grass continues to grow, we need action to develop and implement policies that will promote a genuine redistribution of voice and communicative power.”