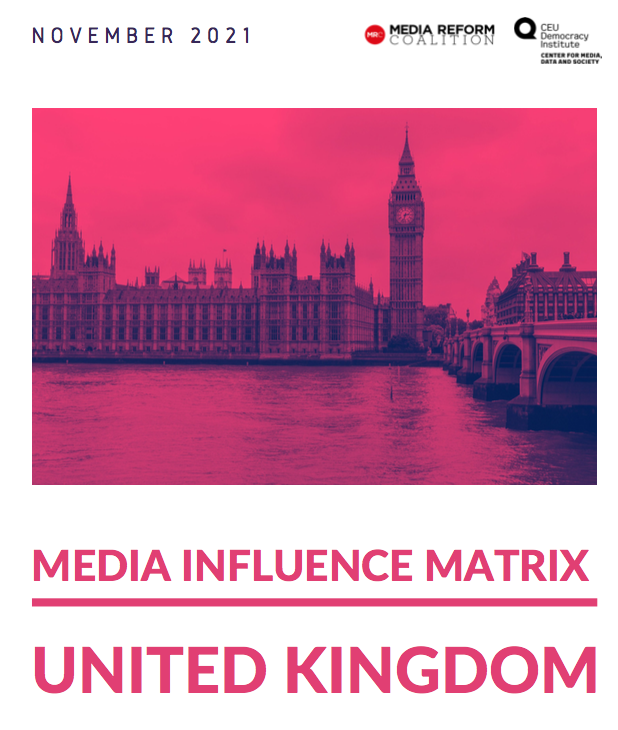 The Media Reform Coalition, in conjunction with the Centre for Media, Data and Society at Central European University, has just published a comprehensive, 250+ page report evaluating the regulation, governance, funding and ownership of the UK media. It is an essential tool for anyone trying both to understand and to press for changes to the existing UK media landscape.

The UK media is probably one of the most researched media systems in the world, for reasons both positive and negative. From offering a model for high-quality ‘public service broadcasting’ to the phone hacking scandal, which raised issues of privacy, corporate malpractice and abuse of professional standards, the UK’s media is fertile ground for media researchers, activists and users. Written by Leo Watkins, with recommendations by Damian Tambini, the report contributes to this wealth of knowledge with a thorough, in-depth analysis of the three areas that shape journalism in the UK:

You can read the full report HERE.

You can also read an executive summary and a note on the methodology used.