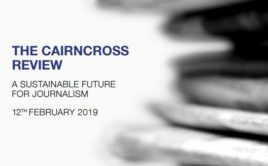 By Angela Phillips The Cairncross Review, which is published today, finds that: “Support for public-interest news providers is particularly urgent and justified. In the immediate future, government should look to plug the local gap to ensure the continued supply of local democracy reporting.” It goes on: “Given the evidence of a market failure in the supply of … END_OF_DOCUMENT_TOKEN_TO_BE_REPLACED 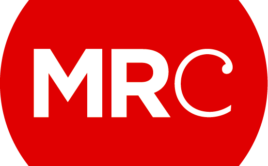 A fragile government, an embittered citizenry, an emboldened opposition and a media system that’s not fit for purpose – this is the backdrop to the Media Reform Coalition’s agenda for 2018. It’s just over four months since the broadcaster Jon Snow – enraged by the news media’s failure to pre-empt events like the Grenfell Tower fire – laid out the problems facing the UK media … END_OF_DOCUMENT_TOKEN_TO_BE_REPLACED

This post was originally written by Joe Sandler Clarke at the Huffington Post, and is reprinted with their kind permission. Two more Sun journalists were charged by police last month. Jamie Pyatt, a reporter, and John Edwards, the tabloid's pictures editor, were charged with allegedly making payments in excess of £30,000 to public officials. They face trial on July … END_OF_DOCUMENT_TOKEN_TO_BE_REPLACED

By Laurence Dodds Over the last week, revelations about the NSA's mass surveillance programme have burst into the public sphere in a storm of reports, op-eds, comments and interviews. But what hasn't gained quite so much attention is how this programme threatens the press itself. For any journalist who uses the web - and, spoiler, that's all of them - the scale and depth of … END_OF_DOCUMENT_TOKEN_TO_BE_REPLACED

By Justin Schlosberg Last night’s Radio 4 Media Show featured an interview with shadow culture secretary Harriet Harman where she was pressed by Steve Hewlett on the burgeoning issue of what to do about media plurality. In response, she reiterated Labour’s support for a system of thresholds to be applied to media ownership – particularly in respect of newspapers – arguing … END_OF_DOCUMENT_TOKEN_TO_BE_REPLACED