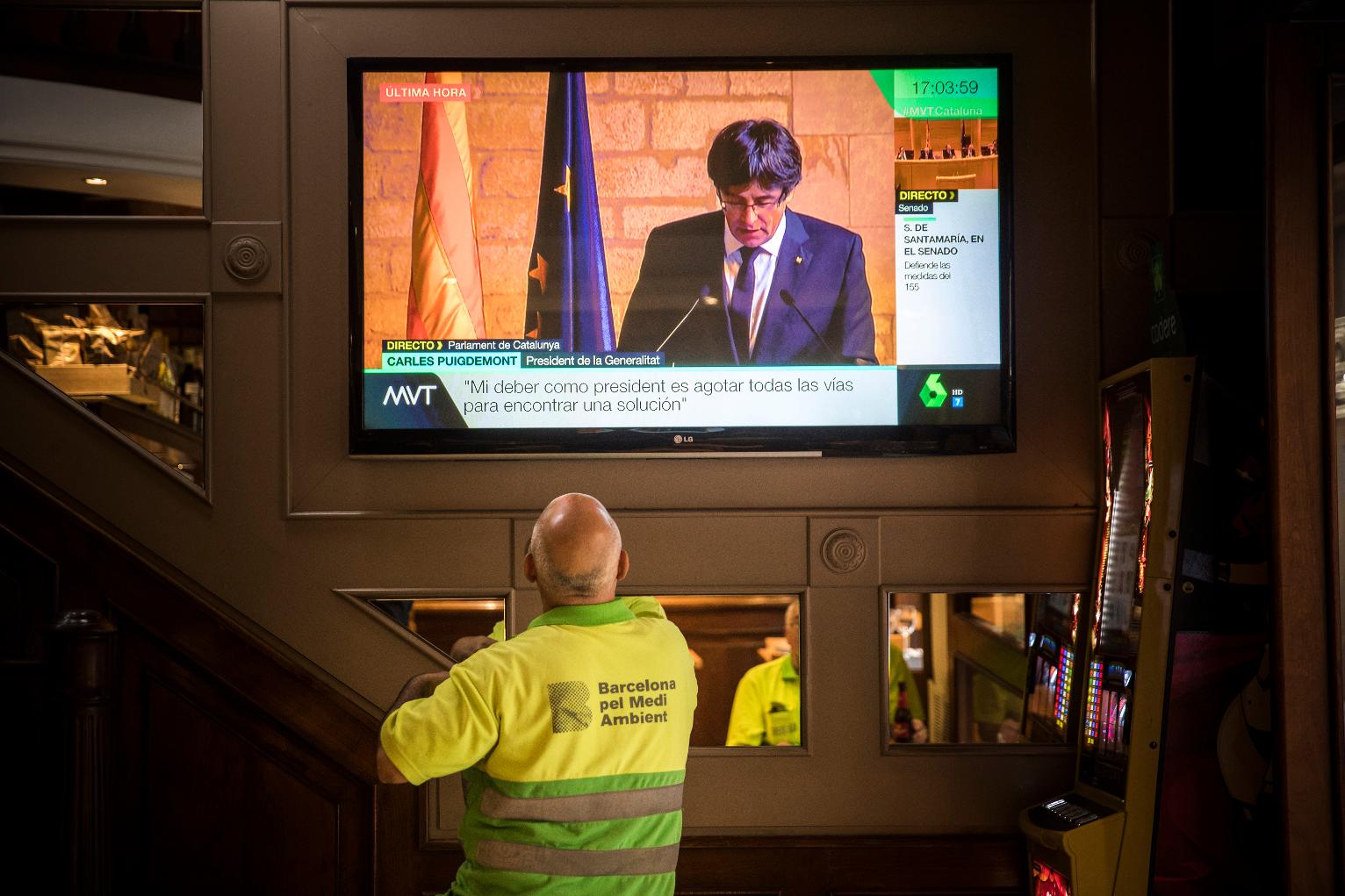 The crisis in Catalonia has huge implications for communication researchers and professionals.

The activation of article 155 in the Spanish Constitution by the Spanish Senate has meant the intervention of several institutions and competences conferred up till now on the Catalan regional government, the Generalitat de Catalunya.

The first application proposal, made by the Spanish Government (now under the control of the People’s Party) featured proposals  to intervene in the running of the Catalan Public Service Media (the Catalan Audiovisual Media Corporation (CCMA) and the Catalan News Agency (ACN)). The aim of the proposal was to make these media meet their public service mission and transmit “veracious, plural and objective information (…), according to the values contained in the Spanish Constitution”.

This decision put the professionals of these media under severe pressure as they saw their autonomy threatened. The State justified the intervention by saying that the content broadcast by Catalan public media did not meet the standards required by a public service medium of any kind.

These professionals received support from many civil, academic and professional associations (including the news service committee of RTVE, the Spanish public broadcaster). Facing an increasingly unfavourable climate of opinion towards direct intervention, the Spanish Social Democrat Party (the leading party in the opposition) submitted an amendment that left the Catalan public media out of the intervention. This amendment was accepted ad libitum and the CCMA and the ACN would still be accountable to the Catalan Parliament.

Once the application of article 155 was approved by the Spanish Senate on October 27th, the Catalan government was dismissed and the Parliament dissolved. The Spanish Government has now called for elections to a new Catalan parliament and the Spanish Vice-president, Soraya Sáez de Santamaría, is currently the highest authority in Catalonia.

Despite the absence of direct intervention, the application of article 155 has created a climate of legal insecurity among professionals in the Catalan public media. In the first place, the amendment filed by the social democrats has only prevented intervention in a corporation unaffiliated to the Catalan parliament (already dissolved, and with no regional government). In the second place, the Spanish government has already publicly discredited executives and workers from Catalan public service media by demanding the intervention into the CCMA and the ACN in its first proposal. Finally, this insecurity may yet open the door to future interventions through, for example, new regulations or budget cuts.

In conclusion, we believe that now, more than ever before, the debate on the political intervention of media has to be brought to all spheres. No government should exploit the professionals working in the CCMA and the ACN. Actually, the debate must stress the need for a shift in the relationship between “the political” and “the mediated”. This must fully respect democratic values and safeguard the standards that professionals (through their structures and organisations) set in their free exercise of their labour: to inform, to educate and to entertain without fear of repression or violence.

Hundreds of researchers have already signed a statement against state intervention: please add your own name by emailing academicssignants@gmail.com