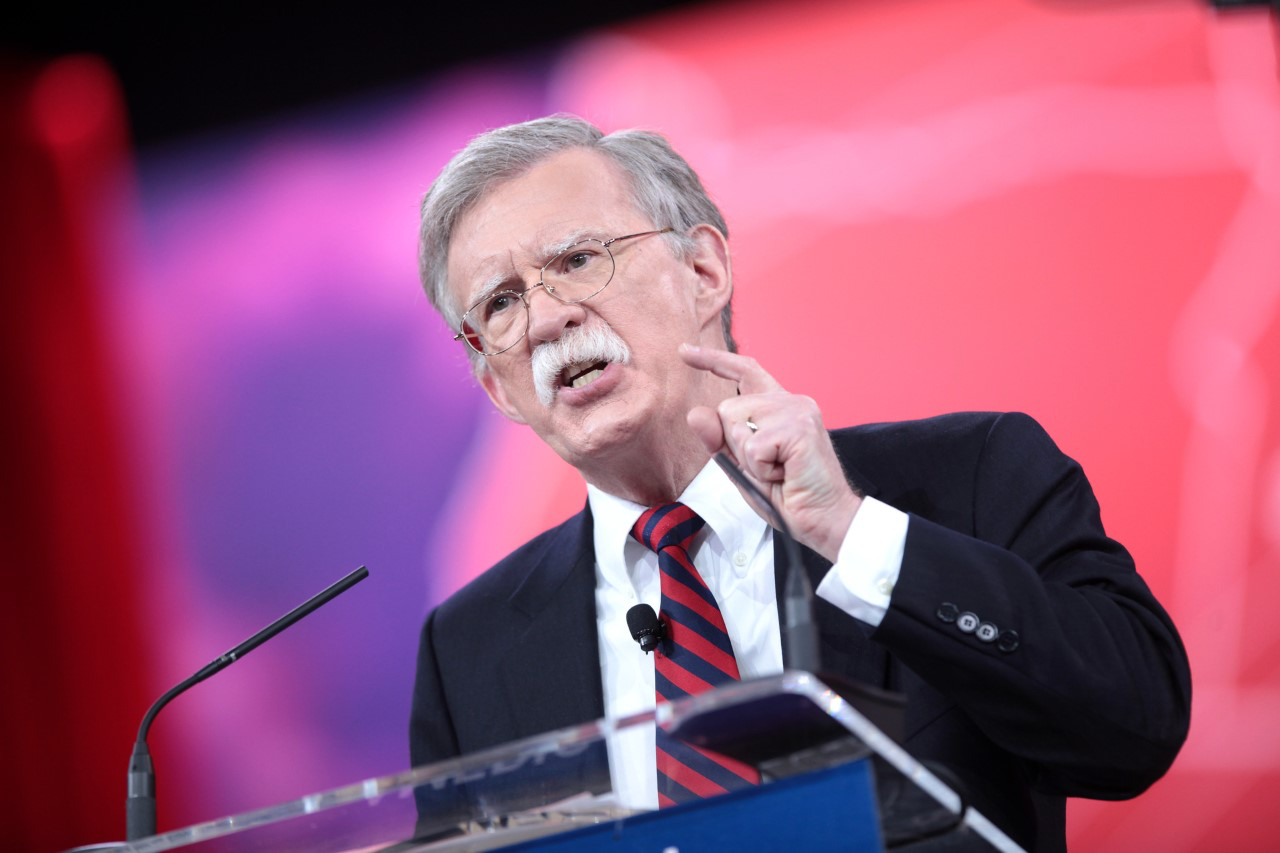 The media have still not learnt their mistakes from the Iraq War. The consequences could be disastrous argues guest blogger Sam Jacobsen ahead of the session on media coverage of war and terror at the Media Democracy Festival.

It will make a big difference to the United States economically if we can have American oil companies really invest in and produce the oil capabilities in Venezuela.

These were the words of US security advisor John Bolton in 2019, as the Venezuelan government faced calls to abdicate in the face of overwhelming international condemnation. At the time, US military intervention was a very real possibility. Of course, insinuating that oil contracts are part of the motivation for invading a sovereign state firmly falls into the category of “the bit you’re not supposed to say out loud”. Was this a regrettable slip of the tongue, or had Bolton made a bet with himself that the media wouldn’t hold him to account?

It certainly wouldn’t have been the first time they had failed to do so. Bolton was one of the main cheerleaders of the Iraq War in 2003. Had the media been more rigorous then, perhaps the deaths of hundreds of thousands of people could have been avoided. Instead, spurious claims of “weapons of mass destruction” were essentially reported as fact. Important historical contexts were left out: like how the US had funded, armed and trained Saddam Hussein’s troops during the Iran-Iraq war, less than two decades before.

After the initial invasion and occupation, it became even clearer that there were vested interests involved. A perfect example is Halliburton, a company with strong links to then-Vice President Dick Cheney, which made millions from obtaining contracts to pump Iraqi oil. This obvious abuse of power should have set the tone for war reporting for decades to come.

Surely corruption on this scale, involving such a horrendous loss of human life, could never be allowed to happen again? In the year 2020, it is Iran that finds itself embroiled in military tensions with the US and its allies. The parallels with the media coverage of Iraq are not hard to find: a lack of historical analysis, a deference to government sources, and a failure to call out blatant violations of international law. When the US assassinated a senior Iranian military commander last month, most of the subsequent analysis fell down to whether General Soleimani was a “terrorist” or a “bad guy”, and whether taking him out was the right “strategic move”. The legality of the assassination (or lack of it) was rarely considered.

Donald Trump justified the strike by claiming Soleimani was planning a number of imminent attacks against American troops in Iraq. Where is the evidence? You’ll have to trust the President, say the pundits on Fox News. It’s undeniable that the relationship between Iran and the US has deteriorated in the last couple of years. However, news reports often neglect to mention that it was Donald Trump who unilaterally pulled out of the JCPOA, a landmark treaty that lifted sanctions on Iran in exchange for terminating its nuclear weapons programme. The deal’s European signatories maintained that Iran had been fulfilling its agreed obligations, but Trump ripped it up anyway and reinstated sanctions which have greatly harmed the Iranian economy.

It’s also important to remember that 20th Century Anglo-Iranian relations were marred by repeated British efforts to undermine Iranian sovereignty, like backing the 1953 coup against democratically elected Prime Minister Mohammad Mosaddegh. Failing to provide this wider context perpetuates a one-sided narrative portraying Iran as a rogue, terrorist state, lashing out at its neighbours for no reason. This is the narrative President Trump needs to justify an invasion.

Presidents and prime ministers come and go, but interventionist agendas linger on. In ten years time, when Trump has long since departed the White House, who is to say John Bolton won’t still be in the media spotlight, advocating war with little consequence or scrutiny?