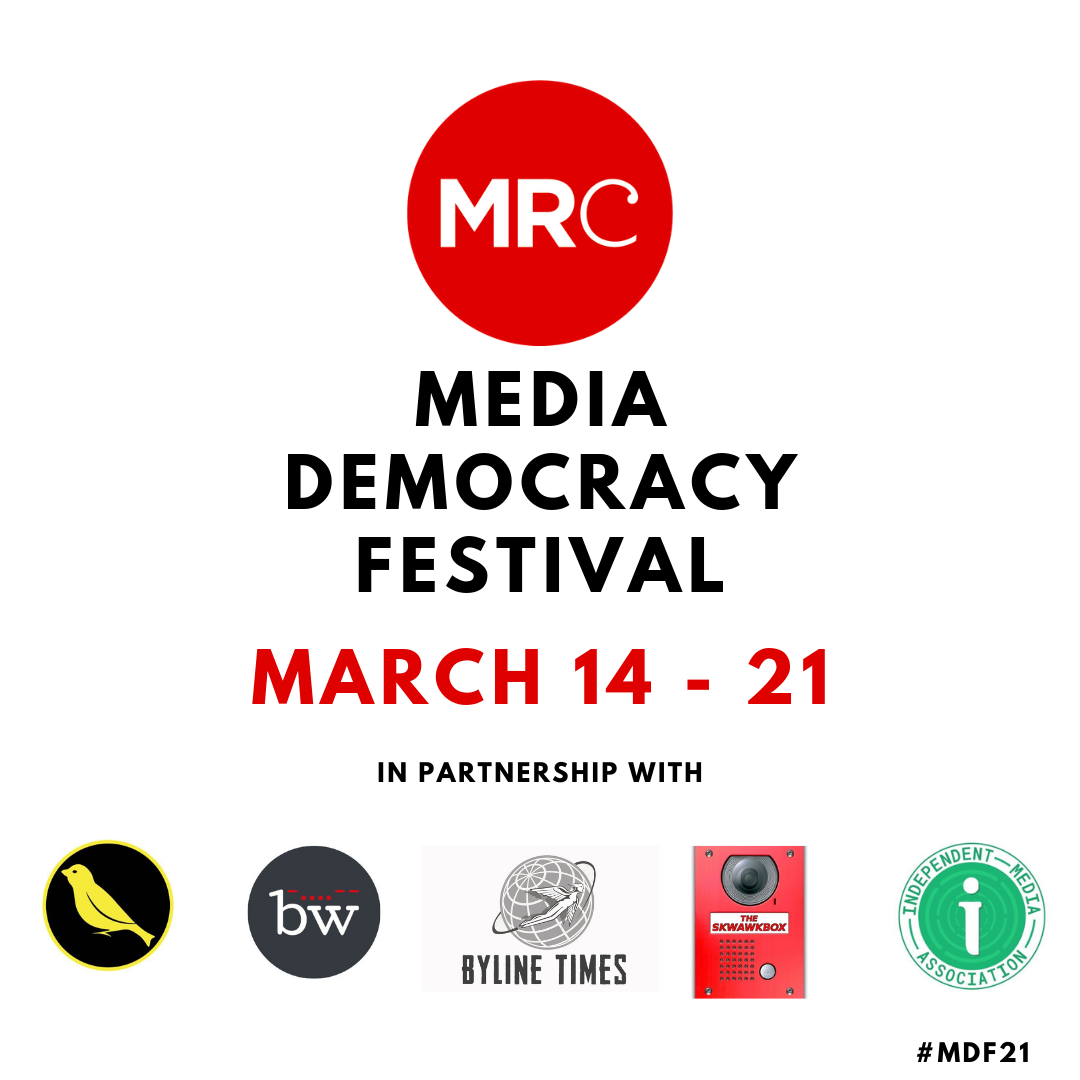 We’re thrilled to announce the schedule for our forthcoming Media Democracy Festival, a week-long celebration of independent media voices and analysis of why our current media system is not fit for purpose.

We kick off with a keynote and Q&A from former Labour Party leader Jeremy Corbyn on ‘A Free Media for a Free Society’ – 6pm, Sunday 14 March

The Times, They Are A-Changin! The Rise and Rise of Independent News Media, with Peter Jukes, Vanessa Baird, Jonathan Heawood and Kerry-Anne Mendoza, 5.30pm, Friday 19 March

The Solution or the Problem? What Should We Do with our Public Service Media? with Tom Mills, Clive Lewis MP, Pascale Robinson and Deborah Grayson, 1pm, Saturday 20 March

All sessions will be live on our YouTube channel so stay tuned on this site for details.