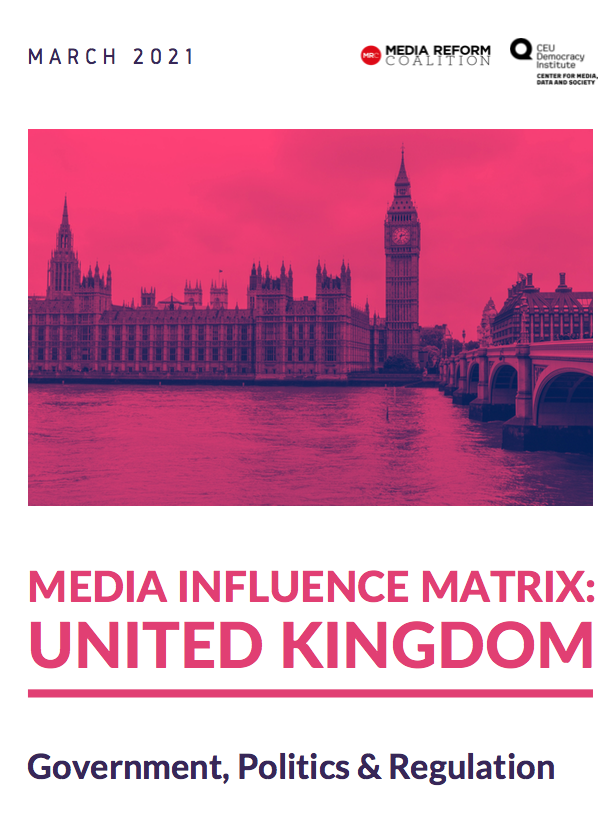 JUST OUT! The Media Reform Coalition is working with researchers from the Center for Media, Data and Society (CMDS) at Central European University to investigate the influence of shifts in policy, funding, and technology on contemporary journalism. This is part of the international Media Influence Matrix project, coordinated by CMDS, which has so far produced 19 reports examining how independent journalism is shaped by regulatory pressures, patterns of influence and corporate ownership. This first chapter of the UK report was written by Leo Watkins and provides a comprehensive overview of the legislation, regulatory bodies, decision-making processes and key influencers that shape the UK news landscape. It concludes with three case studies that demonstrate how power is brought to bear on news coverage and industry mergers: the 2010-2011 New Corp/Sky merger and subsequent 2016-18 Fox/Sky merger; rulings by Ofcom in 2017 that Fox News had breached impartiality rules; and the inquiry by press regulator, IPSO, into various articles written in 2017-18 by Andrew Norfolk for The Times.

You can read the whole chapter here – two further chapters on ownership and technology are due to be published by this summer.