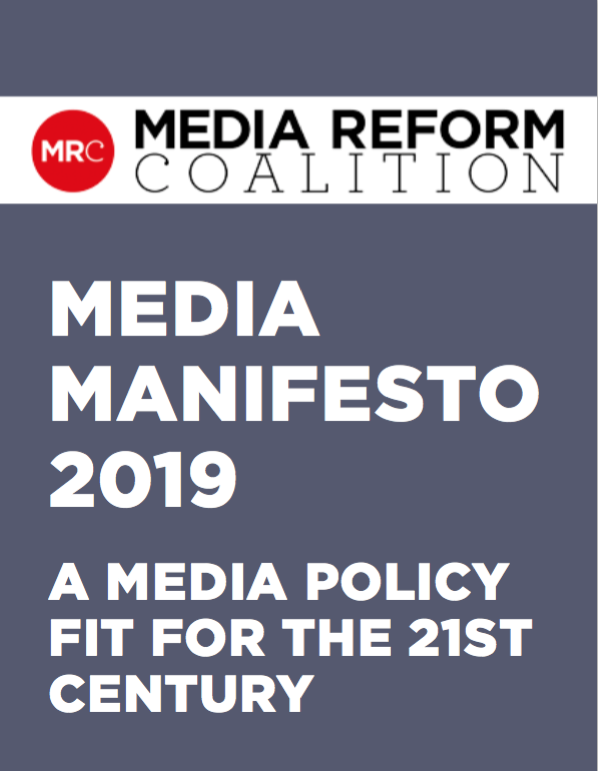 MRC has pulled together extensive academic research and a number of briefing reports produced by, and in consultation with, a broad range of experts and stakeholders to produce our latest Media Manifesto. It charts a roadmap towards genuine progressive reform that is both practical and radical; replacing legacy frameworks with a media policy fit for the 21st century. It consists of proposals on four broad areas: a new framework for media plurality, democratising the BBC, a reformed system of independent press regulation, and challenges to the dominance of platform monopolies.