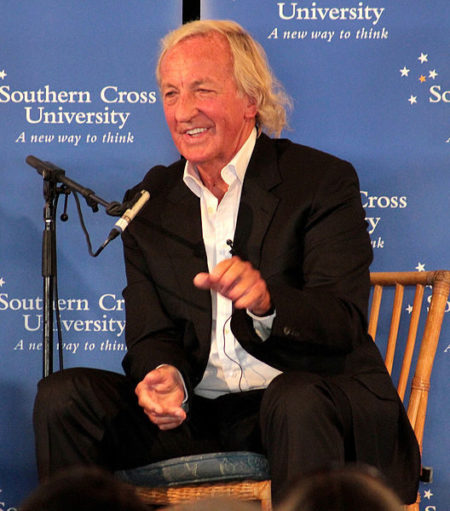 In a speech read out to today’s Media Democracy Festival organised by the Media Reform Coalition, the broadcaster and journalist John Pilger argues that the amount of propaganda in the media today means that pursuing media reform isn’t sufficient: an independent fifth estate is required.

I am very sorry I can’t attend the conference today. I was planning to talk about the notion of ‘reforming’ the media. In my view, the word ‘reform’ leads us down a blind alley.

Today, we are deluged with propaganda – and propaganda is the correct word. Media drumbeating, deception and exclusion are crucial in starting wars and distorting great political and social issues that touch our lives. And often the most believable sources of this propaganda can be found in journalism that enjoys a certain respectability, and legitimacy.

There’s a slogan about the BBC – “Love it or lose it”. Is that really the choice? So much effort is deployed by well-intended critics in opposing establishment forces that keep pressure on the BBC – but very little attention is drawn to the way the BBC, without any persuasion, has long played an expert and collusive propaganda role. Watch the BBC cheer squad on day after Blair’s invasion of Iraq.

In the Guardian today is a carefully qualified, finessed report that gives credibility, yet again, to the propaganda that Trump won the White House because of a sinister Russian intervention in the great democratic processes of the United States. The source of this story is the famous lie factory, the CIA – which, as Carl Bernstein once reported, directly controlled many of the leading journalists in the US.

Not long ago another Guardian front page scoop was an interview with the head of MI5. And the message? The Russians are coming! Putin is a bad man! The cold war is back. Be afraid, be afraid.

There’s currently a campaign in the reputable media here and in America, damning something called ‘fake news’. The sub-text to this campaign is that the foolish public is bypassing the mainstream and relying more and more on the world wide web. In fact, the internet, in its best form, has become the equivalent of samizdat in the Soviet Union. For those of you who don’t remember … Samizdat was underground media: an insurrection of uncensored and subjugated facts.

Media courses should challenge relentlessly the myths of the so-called mainstream and offer their students, at the very least, a way of navigating through a bent system and challenging it and becoming its honourable exceptions.

What we need is not reform but a Fifth Estate, in which journalism reclaims its independence. But that’s another story. Thank you.