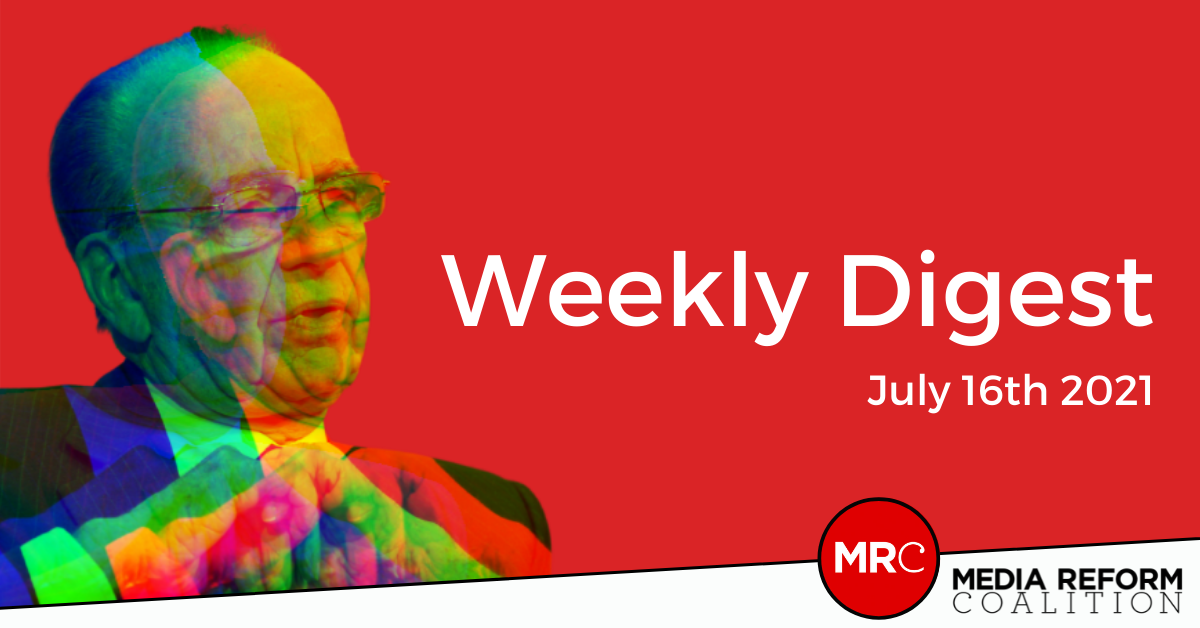 For even more media news and analysis, plus the latest media reform campaigns and content, follow me at Chompsky: Power and Pop Culture.

The deaths of several journalists have been reported this week, including the sudden passing of progressive journalist and social commentator Dawn Foster at age 34. From The Guardian:

Foster was a staff writer for Jacobin magazine, and a contributor to the London Review of Books and the Times Literary Supplement. She wrote for the Guardian’s comment pages on housing and social justice issues.

In 2015, she wrote about her chronic health conditions for the Guardian with typical honesty: “It’s never socially acceptable to reply to the question ‘How are you?’ with ‘Shit, actually’, even when for the vast majority of the time that’s true.”

Foster, who grew up in south Wales, published two books: Lean Out, a critique of the rise of “corporate ‘1% feminism’”, and Where Will We Live?, a polemic on the UK housing crisis. She had been working on a book about the dole.

Dutch crime reporter Peter de Vries was shot in Amsterdam last week, and Georgian TV cameraman Alexander Lashkarava was beaten by far-right extremists while covering a Pride parade. Both sadly succumbed to their injuries this week.

The BBC and Beyond campaign

Can public media be antiracist?, our final event in our Town Hall series, was on Wednesday night. The conversation was really brilliant, including how community media can be part of antiracist organising, why blockchain might be a more accountable kind of technology than the internet, and why public media needs to move from promoting ‘diversity’ to embracing ‘reparative justice’. If you missed it, you can watch the recording on the MRC YouTube.

Over the summer we will be putting together a draft of our Manifesto for a People’s Media, drawing on all the conversations we’ve had so far. If you have ideas you would like to contribute to the Manifesto, you can submit them on the BBC and Beyond website here: https://bbcandbeyond.net/#manifesto

I’ll be interviewing public broadcasting expert Tom Mills soon at Chompsky – if you want more info you can read his write up on the C4 privatisation issue for Tribune, and then Have Your Say on Channel 4 Privatisation.

Trade magazine Broadcast has also launched the Not 4 Sale campaign – which you can sign up to.