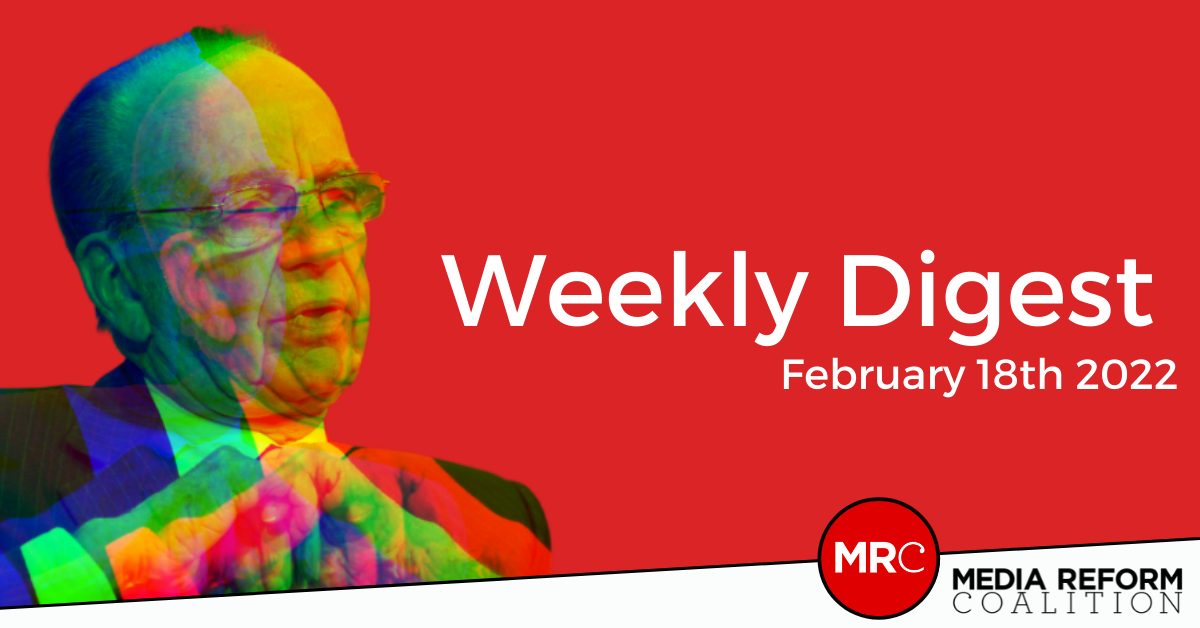 Hi everyone, Eliz Mizon here with the Media Reform Coalition blog every week.

A new campaign group called Just Stop Oil, from the strategists behind XR and Insulate Britain, is planning nationwide direct action in response to Boris Johnson’s new fossil fuel investments (which signs the UK up for decades of continued fossil fuel use).

We needed to stop using fossil fuels years ago. Instead, governments are signing us up to decades more exploration and exploitation.

The Media Reform Coalition released a briefing last week that provides a summary of the government’s recent proposals for the licence fee, assesses its motivations and consequences, and identifies some potential action points.

Our analysis draws on our recent evidence and proposals from two Media Reform Coalition reports published in late 2021: