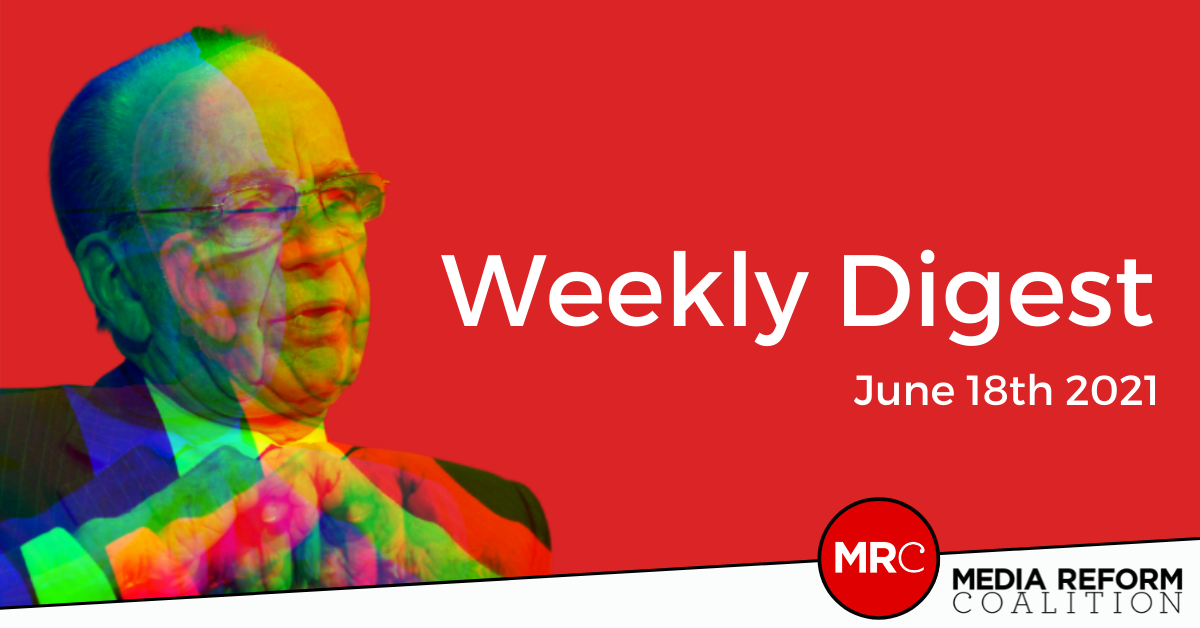 The BBC and Beyond campaign returns next week!

Our next set of events begin next week, so please do tune in to these:

The first two events will be streamed on the MRC Twitter and Facebook and YouTube, while the Wales-focused event will be run as a Zoom seminar.

Remember, all our previous events are available on the MRC YouTube channel, and you can contribute to our Manifesto for a People’s Media on the BBC and Beyond website here: https://bbcandbeyond.net/#manifesto

And it’s been a VERY busy week in the media world, with the launch of GB News, the continuing exploration into Martin Bashir’s role at the BBC, and the publication of the long-awaited independent panel report on Daniel Morgan’s murder: