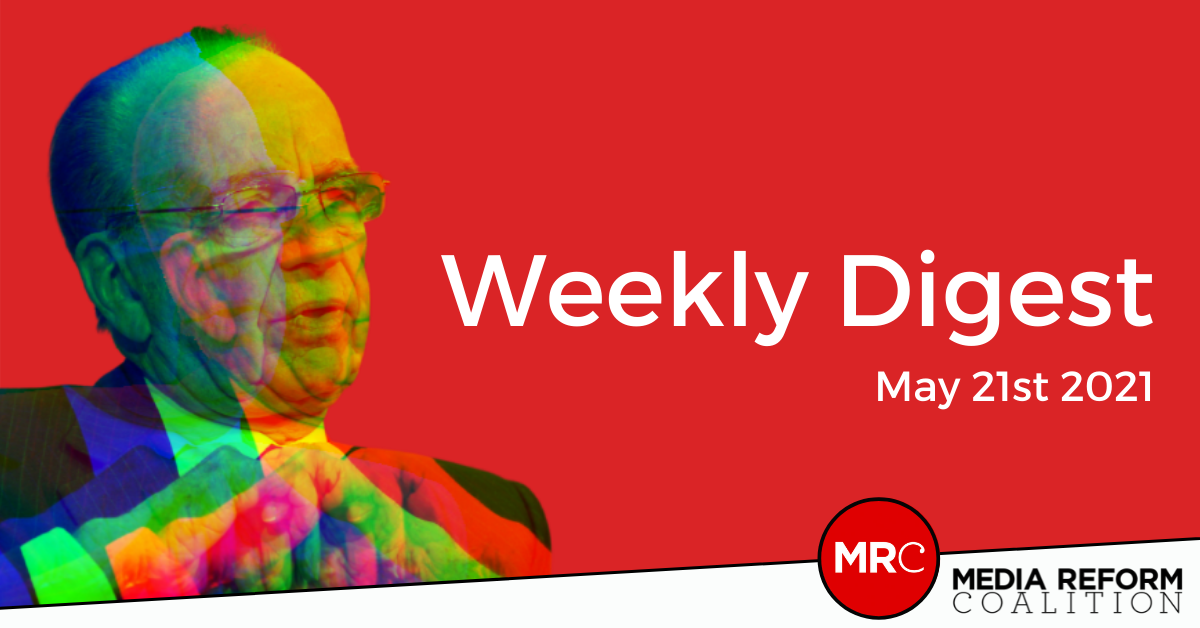 Who Owns the Media?

Today’s headline post at Chompsky is ‘Who Owns The US and UK Media?’

Off the back of the release of the US Media Index, a map of America’s 3000+ newsrooms by Harvard researchers, and the third iteration of the Media Reform Coalition’s Who Owns The UK Media? report, I thought I’d put together an introductory piece to highlight the great work that these media campaigners have been doing. Get to know who owns what!

Update on our current campaign: The BBC and Beyond – Reimagining Public Media

Our event on ‘Protest, Dissent and the Media’ last Friday was really brilliant – if you missed it live you can watch it back on the MRC Youtube channel, along with all the others in these series.

We have more events planned in June focusing on public media in Northern Ireland, Scotland and Wales. Details will be announced soon on the MRC social media and in this newsletter!

And remember, you can contribute to our Manifesto for a People’s Media on the BBC and Beyond website.