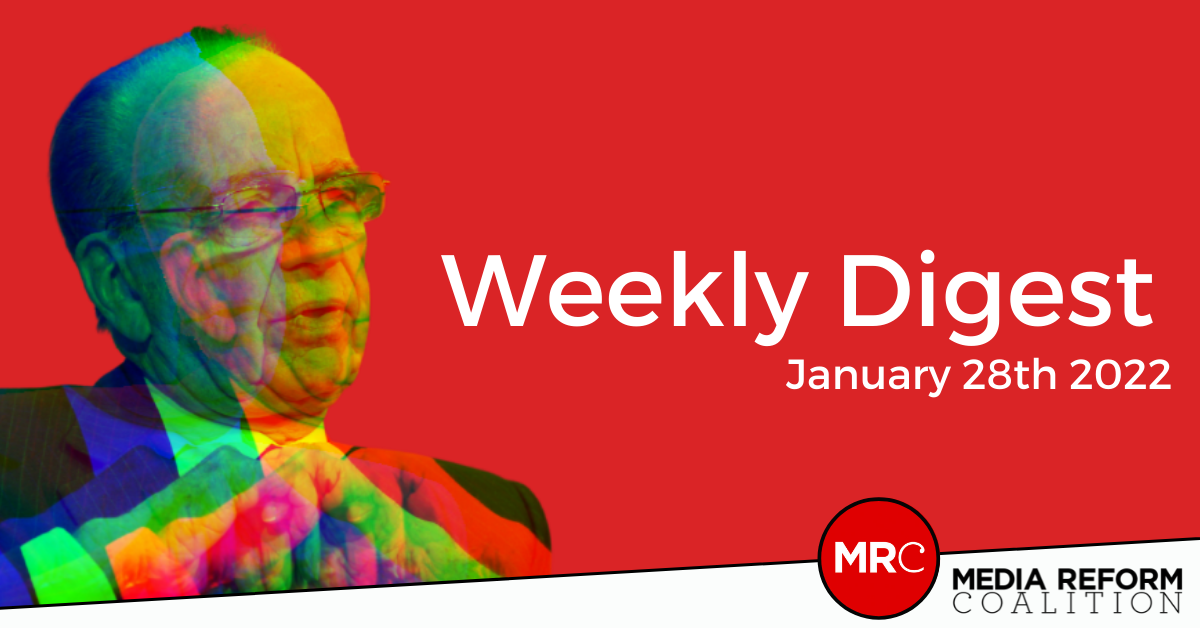 I wrote a piece for openDemocracy this week:

“Journalists, analysts and correspondents have alleged that BBC Arabic owes them thousands of dollars for work dating as far back as 2019.

BBC Arabic, part of the UK licence fee-funded World Service, is accused of withholding money from a reporter in a war zone as well as experts and commentators in the US.

It comes after veteran US-based analyst and broadcaster Mehdi Eliefifi interrupted his latest interview with BBC Arabic to make an on-air protest.”

Please read and share to help promote the journalists’ request for payment.

The MRC has produced a useful policy briefing that provides an overview of key issues for progressive development in, and protection of, the media industry.

It draws together several key issues that progressive campaigners are tackling, providing a useful bitesize overview for anyone interested, but most crucially for policymakers:

Check out the report, and feel free to share far and wide.

NON-UNION workers can take 10 days of bereavement leave for close family, 4 for others. @nytimes has doubled down on its tactic of offering better benefits to excluded employees, mostly managers. This means NYT is now willing to use our grief as a bargaining chip—in a pandemic.