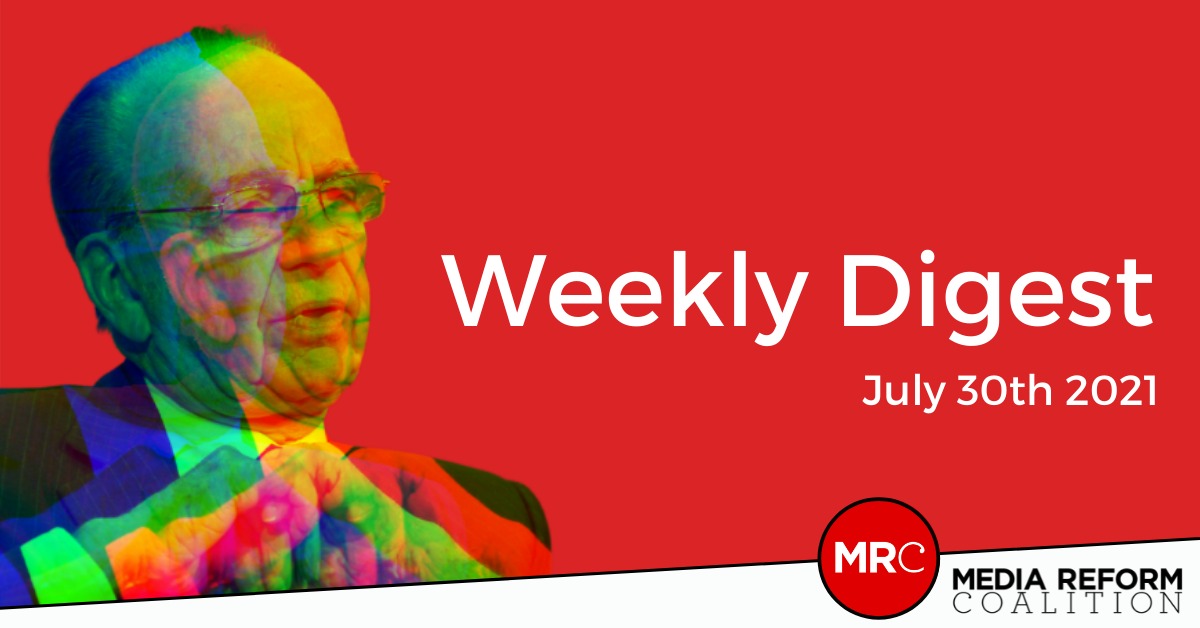 There are a number of government consultations on the media with upcoming deadlines – have a look at these and please make your voice heard if any of them stir something in you!

If you’re facing unexpected costs or a short-term financial shortfall, the Film and TV Charity are open for grants of up to £800. You’ll need at least 2 years’ proven professional experience behind the scenes in the UK film, TV and cinema industry to apply.

Congratulations to the staff at Forbes Magazine, who have formed a union via the National Labor Relations Board this week with a 90.5% vote, after management refused to voluntarily recognise them.