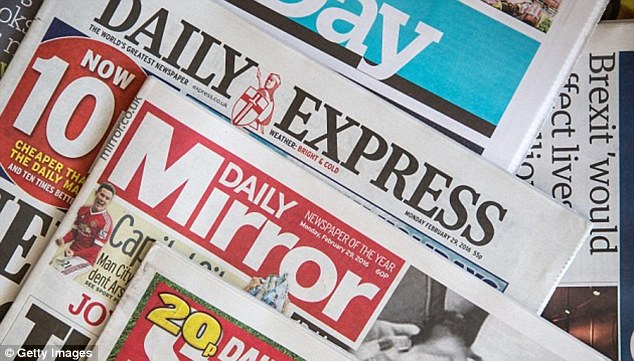 This week the Culture Secretary Matt Hancock cleared the proposed mergerbetween Trinity Mirror and Northern & Shell Group. This followed a public interest testof the merger by Ofcom on the grounds of both plurality and the ‘free expression of opinion’.

It’s perhaps hardly surprising that Ofcom found no cause for concern on either ground, given that the merger would result in a combined group that would still be some way off the size of existing dominant players in the print and online news space (including News Corp and Daily Mail & General Trust).

But Ofcom’s report is nevertheless based on deeply flawed assumptions about the current health of news plurality in the UK. In particular, it rests on a twofold conviction that a)“there continues to be a broad range of news providers across television, radio, newspapers and online” and b) “there remains a broad range of political perspectives across print news”

Of course, if we simply count the number of newspapers, television  channels, radio stations, websites and ‘intermediaries’ that make up the UK’s news ecology, then there is unquestionably a broad range of sources available and accessible to news audiences. But that tells us very little about the range of sources and opinion to which audiences are exposed, and even less about what they actually consume.

And the most reliable data on this paints a very different picture to Ofcom’s words. For instance, we know that just two groups (BBC and ITN) control more than 90% of the national news supplyconsumed by television audiences; just two (BBC and Global) account for more than 70% of all radio listening; three groups account for more than 70% of the online news audience; and two groups control around 70% of national newspaper circulation.

Even if we take into account the cross-platform picture, then Ofcom’s own data suggests that four groups attract more than 60% of the national news audience overall. Perhaps most damning of all, Ofcom’s measure of news ‘multi-sourcing’ suggests that more than half of us (54%) rely on just one or two sources of newsat the wholesale level. And far from signalling a new golden age of news plurality, multi-sourcing at either the wholesale or retail levels has not increased since 2013. At the local level, the picture is many ways worse with five groups controlling more than 77% of over a thousand local newspaper titles across the UK.

Given the UK’s relatively large and mature news market, this hardly adds up to a “broad range of news providers across television, radio, newspapers and online”. But the gap between rhetoric and reality is even more pronounced when we consider the second of Ofcom’s flawed assumptions that “there remains a broad range of political perspectives across print news”. Supporters of Jeremy Corbyn’s Labour might be particularly perplexed by this statement given that just two of 14 national daily newspapers endorsed the party in last year’s election, when Labour ended up with 40% of the vote. And even these titles (Guardian and Mirror)were broadly opposed to Jeremy Corbyn since he became leader of the party in 2015.

There is also good reason to believe that, if anything, declining revenues in print news are having a constraining effect on the range of issues covered bythe mainstream press. As the Daily Telegraph’s political news editor attested in his resignation letter of 2014, “the past few years have seen the rise of shadowy executives who determine what truths can and what truths can’t be conveyed across the mainstream media”.

In their reporton the Fox/Sky merger published last year, Ofcom commendably rolled back on the prevailing group think that online intermediaries, coupled with declining newspaper sales, were making media ownership and plurality a redundant issue. They must now guard against the temptation to take such industry platitudes at face value.