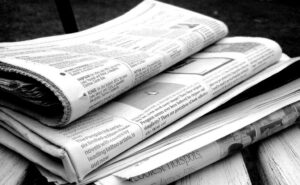 Lurking in this week’s Queen’s Speech were five bills that could impact upon news organisations and journalists: the draft Digital Markets, Competition and Consumer Bill; the Online Safety Bill; the Media Bill; the Data Reform Bill and the National Security Bill. Over the coming weeks, MRC will be interrogating all of them. But here, we focus on one small element that is buried in the Media Bill: the repeal of Section 40 of the Crime and Courts Act 2013.

Section 40 was passed to fulfil some of the recommendations of the 2012 Leveson Report. Cast your mind back over ten years ago, to the breaking of the phone hacking scandal – which contributed to the establishment of Leveson Inquiry into the culture, practices and ethics of the press and the demise of the press regulator at the time, the Press Complaints Commission. The Leveson Inquiry led to a new Royal Charter on press regulation and associated legislation (including Section 40) which was meant to provide any press regulator recognised by the Royal Charter with the carrots and stick necessary to make it work.

Unfortunately, for the past decade our national newspapers have refused to support this system. Today we have one recognised press regulator: IMPRESS, that is entirely independent of all vested interests and of government and regulates over 200 small publishers. And we have one unrecognised press regulator: IPSO, that is financed by its Regulatory Funding Company (RFC). The RFC is mostly constituted from the big newspaper groups, manages IPSO’s funding allocation and has a veto over any rule changes run. IPSO regulates the majority of national newspapers, and has still never launched an investigation into malpractice or levied a fine, and has been described by the Press Recognition Panel as “not a regulator”.

A crucial part of the new Royal Charter system relied on persuading the press to join a recognised regulator, like IMPRESS, that was actually independent and would hold them to account. Leveson knew this wouldn’t be easy and so devised a system hinged on costs and incentives that sought to balance two key objectives: providing access to justice for ordinary people wronged by the press without the risk of huge legal costs; and protecting news publishers from wealthy litigants threatening them with financially ruinous court proceedings.

Section 40 of the Crime and Courts Act did this through a system of carrots and sticks – if a news publisher joined a recognised regulator then access to low cost arbitration would become mandatory. This removed the threat of potentially huge losses for both ordinary citizens who may be the victims of illegal journalistic behaviour and for publishers who may be threatened by a wealthy litigant who doesn’t like what they have printed. Only claimants with a genuine legal case could be offered arbitration thereby avoiding trivial and malicious claims being brought. In reverse, if a newspaper decided not to join a recognised regulator and thereby refused to offer affordable access to justice, then they would be liable to pay all costs of court action against them, whatever the outcome of the case. This new system of regulation also included protection for local and regional publishers to prevent causing them financial hardship.

S40 was designed to give victims of press abuse affordable access to justice. If you didn’t want to be liable for the costs of the victims then you needed to join a recognised regulator that was Leveson compliant – this was the incentive to try and induce newspapers into a fair and effective form of self-regulation where all other systems have failed. But of course this is precisely what the papers didn’t want to do, because then it would be possible to hold them to account and they would be less likely of getting away with salacious stories that increase their circulation.

Section 40 was integral to the success of the Royal Charter framework of press regulation and the press knew it. Consequently, even after Section 40 had become law (but had not yet been commenced) much of the Press went on a propaganda offensive to try to ensure it never saw the light of day. The national newspapers joined together in calling for the repeal of S40 through a wilful misrepresentation of its function. The Guardian it said it would “discourage newspapers from conducting difficult investigations and holding powerful people to account..[and that]…newspapers would be deterred from even pursuing potentially risky stories”. What they didn’t say was that S40 would protect newspapers from the threat of potentially expensive litigation by wealthy and powerful individuals who didn’t like what a paper wanted to publish about them and could hold the news organisation to ransom.

With S40 enacted, the litigious individual would first be offered a cheap arbitration system. If they took this option then the matter could be settled for little cost to the newspaper. If they insisted on taking the issue to court however, then the wealthy individual would have to pay their own costs even if they won. Yet, in an editorial on the 10 Jan 2017, the Guardian called this system “a form of unnatural justice….[that] would help make the wealthy and powerful unaccountable. Editors would be forced to think long and hard before confronting anyone with deep pockets”. Of course they didn’t say that if they joined a recognised regulator quite the opposite would be the case – and that was the point.

Without a single national newspaper willing to support the new regulatory framework the system was essentially consigned to small independent media who understood the benefits and were not subject to pressure from powerful editors and owners of the national press (and had not engaged in phone hacking).

The government, keen to curry favour with our national media has succumbed once more to pressure from them to remove the one remaining vestige of hope for fair and effective independent press regulation. Our national media are celebrating, but we should be mourning the best opportunity in half a century to reform our media regulation in the interest of the public and for democracy.

Full disclosure: Natalie Fenton was formerly on the Board of Hacked Off.