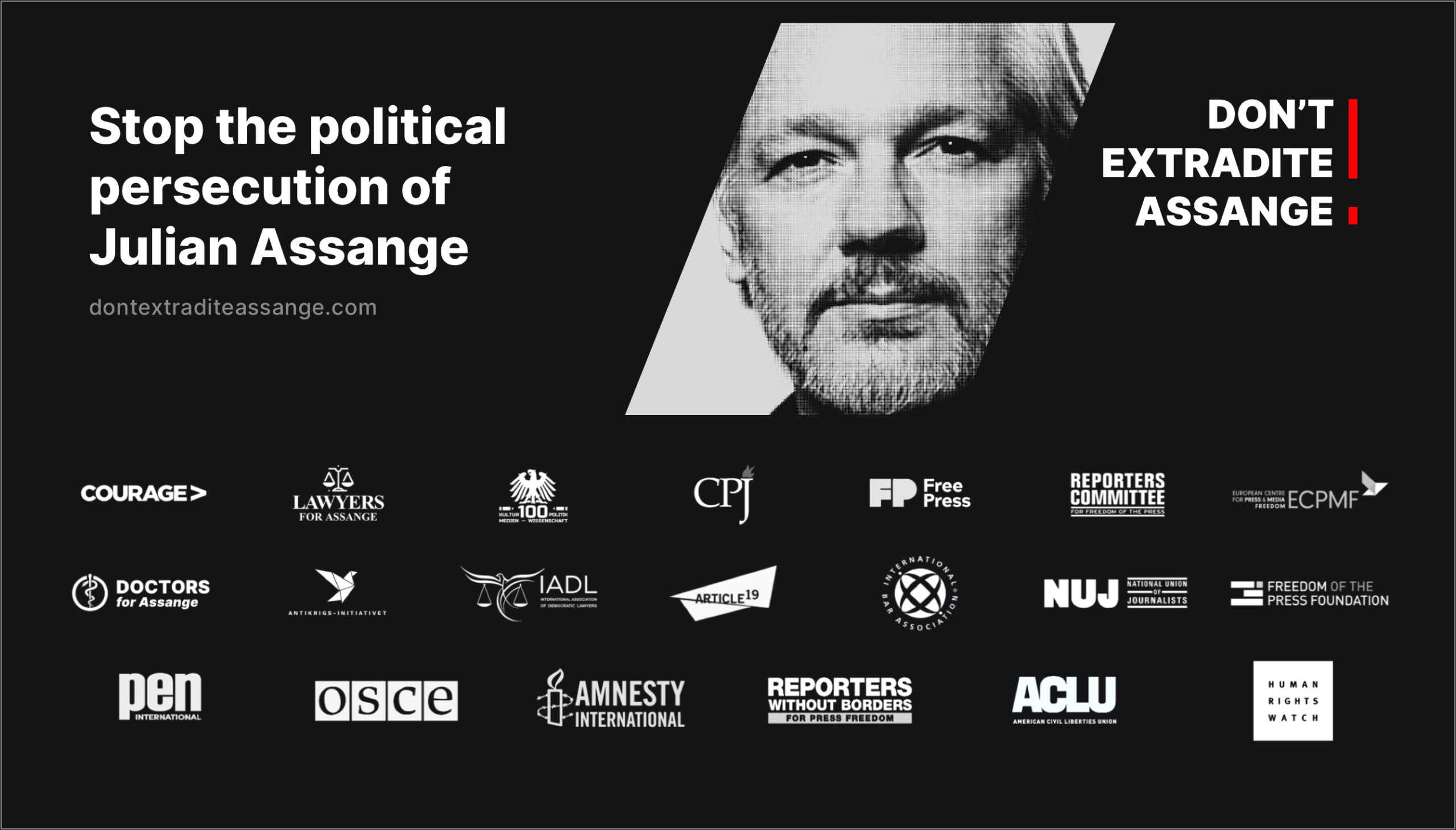 by Jacob Ecclestone and Bernie Corbett

There is a scandal and a crisis in British journalism. For the past three weeks or so a crucial extradition hearing has been taking place in the Central Criminal Court in London. You won’t know about it if you rely for your news on the established newspapers, the BBC or ITV or Channel 4. They have the resources to report it but they are not doing so. You still wouldn’t know if you followed any of the many online news operations, which don’t have the resources to cover a major trial.

The case revolves around Julian Assange, of Wikileaks, and the government of the United States of America, which wishes to extradite this pioneering journalist and revealer of the truth and put him into a horrible prison until he dies.

Apparently there are about ten journalists regularly attending the court and taking notes, but as far as we know only one of them is publishing serious accounts of the ridiculous and disgraceful procedures. The vast majority of the public are unaware the proceedings are even taking place, let alone the distortion of justice that is happening in plain sight.

This is a case about free speech, exposure of wicked secrets, and the ability of journalists to operate in society. Yet journalists themselves are turning their backs on it. It almost seems as if they hope Assange will be taken away, removed from public view, and they will be left to plough their establishment furrow without being troubled by an outlier who showed us that some things are not as they appear.

Journalists should be covering the proceedings day by day, exposing the lengths and depths to which American and British politicians, lawyers and journalists are colluding.

The only journalist who is doing this is Craig Murray, formerly the UK Ambassador to Uzbekistan, whose blog probably has a small readership, and who himself is in jeopardy of prison because of his fearless exposure of establishment corruption and lying.

The Assange “trial” is comparable to that of Dreyfus, with our “free” press betraying both the word itself and their readers and viewers. The more that people round the world are able to read what is going on, the greater the pressure on our government. Our judiciary is being corrupted and our judicial system poisoned at the behest of Trump and as a result we are sliding towards fascism. Please do all you can to give “the oxygen of publicity” to this grotesque persecution of Assange.

We are both retired. Jacob was a journalist and union leader on the pre-Murdoch Times for 20 years and then the deputy general secretary of the National Union of Journalists from 1980 to 1997. Bernie was a senior journalist on the Birmingham Post, Guardian and Independent, then editor of the NUJ newspaper Journalist, then an organiser, negotiator and case worker for the NUJ, then general secretary of the Writers’ Guild of Great Britain from 2000 to 2016.

We might be old but we can still smell injustice and we are incredulous that the present generation of journalists is ignoring this critical travesty.