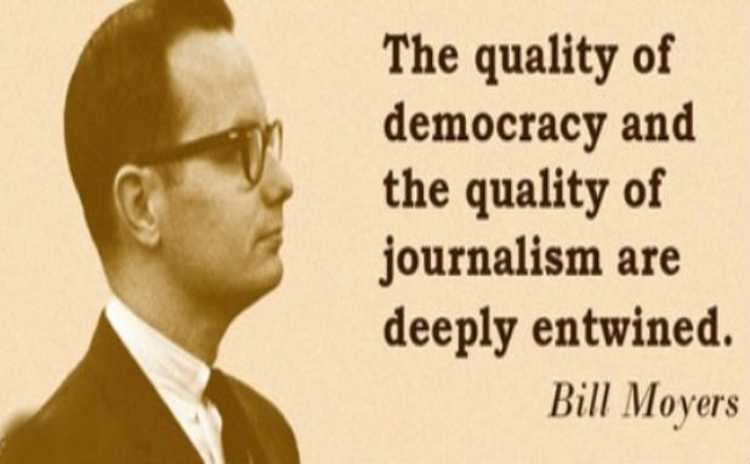 In the run up to our Media Democracy Festival Thomas Barlow – Editor of Real Media – discusses and explains how he sees a media democracy working. And why it is vital for any form of real democracy to emerge.

When I talk to people about democracy there are usually several hurdles to overcome.

The first is explaining that we don’t live in a democracy.

I am not just talking about how corporations, bankers, and the other sets of people who make up the elite of rich or powerful influence and control politicians for their own ends.  Or the fact that the global economy is governed by the rich for the rich.  Or that a particular party ignores the will of the people once in Government.

I am talking a

bout the fact voting once every few years to decide who is going to tell you what to do is not democratic.

Almost nowhere in the world can say they live in a democratic system, because the people are shut out from that decision making.

The second problem is discussing how a democratic system would work.

How can everyone be involved in those decisions, most people ask?  Too many chefs spoil the broth – and besides most people are daft!

Usually people are talking about other people when they say that, so let’s look at the mechanics of decision making first.

If we looked at a community and workplace model, most decisions about organising society can be done at that level.  You work together to make your schools, hospitals, local banks and so on better at the local level, and work with your colleagues to make your workplace better where you work.

Going even further at the larger level, say across a country, we have the technology for everyone to be involved in referenda on large decisions.

Eventually this kind of decision making apparatus could be used to make global decisions.  These decisions would then be carried out by administrators whose jobs is to implement the will of the people.

If we had done an X-Factor style vote on whether to invade Iraq or not, I am pretty sure the invasion wouldn’t have occurred – and the world would have been a safer, better place….

Another way of makin

g decisions is having delegates.  Not representatives who make decisions for you, but delegates whose job is to represent the decisions made by your community (your community doesn’t have to be a local thing by the way – it could be a sports fan club, or guild of ravers, or community of computer game players, or a whole host of things).

They could do day to day work, but if a decision came around that affected you, you would have to be consulted.  Your delegates could be rotated out of their job and replaced on a regular basis, could be sacked very easily, and could be picked randomly rather than elected – like jurors.

They could also only be paid the minimum wage to ensure they didn’t want to hold on to the reins of power!

However all this leads us to is the third problem – can people be trusted to make decisions?

How can we ensure that people would make deliberative, well informed and (ideally) rational decisions.  We know that is not how it works at the moment.

The temptation is to

suggest that people are ‘daft’ – they have no common sense, that humans are stupid, unthinking and violent by nature.

The idea that humans are any one thing by nature is pretty daft in itself – there is no evidence to support that, and it is my contention that human beings can be many different things under many different circumstances.

To me human beings are problem solvers, collaborative and varied.  If we create the conditions for us to flourish – or if we’re put in a difficult situation (like the second world war for example) we are capable of incredible things

However it is true that we have systems of education and information sharing that do not provide us with the tools to fully participate in a democracy.

Education is clearly a subject for another day, so let’s turn to the media – finally!

a democracy we need access to useful and relevant information – public interest journalism we call it here at Real Media.

For instance it would be useful, when discussing whether to bomb Syria or not, to know that British arms sales to, and military alliances with, Saudi Arabia, UAE, Yemen, Turkey and others have directly supported ISIS.

It would helpful to know that bombing Syria and Iraq are what created the conditions for violence to flourish in the first place.

It would be helpful to know that climate change forced over a million people to become refugees in Syria during the decade leading up to the war.

The media doesn’t share that information.  It creates narrow bands of debates around particular topics to give the illusion of a vibrant and informed discussion that is providing you with relevant information.  However that is not the case.

The work of Nick Davies, Noam Chomsky, Mark Curtis and Media Lens is all very instructive here if you wish to read further.

To counter this misinformation, and to give democracy a chance of flourishing we need a media democracy.

We need to counter the malign influence of many things. Specifically

I have to say I don’t have all the answers to this, but I can suggest some good starting points.

Firstly I think the Cooperative model seems to be a good method or organising a workplace.  A media organisation could and should be run for the benefit of the people who work in it, not the benefit of owners.

This would do away with corporate ownership of the press and hopefully rectify the conditions of poor pay and terrible working hours that induce so many journalists to become ‘churnalists’ as Nick Davies calls it, reporters who rewrite press releases and nothing else.

Banning advertising would be ideal, but almost the entire revenue stream of most of the news organisations comes from advertising, so we have to

guarantee another income. Especially in an age where people don’t pay for news.

My proposal (as half borrowed from Aaron Bastani of Novara Media) would be for an Arts Council type body to be set up that would apportion a journalistic levy, or tax, gathered from the public.

As Patrick Chalmers points out in his book Fraudcast News, £1 a year from everyone in the UK would be enough to pay for 4,500 investigative journalists and 8,500 researchers.

This trust could be part of a new governing body that takes control of the BBC – a trust where no corporate lobbyist (or former corporate CEO) could sit on, made up of public interest groups, workers representatives, and community delegates.

The money would have to be collected entire separately from government and the government could have influence at all on collection, or it’s legal rights to collect and apportion the money (as we can see currently the BBC constantly kowtows to the government for fears around privatisation and loss of license money).

It would only a take a small amount from each person to ensure an independent and vibrant news sector.

Some, or all, of the cash could even be apportioned directly by the citizen.  Once a year we could all decide which news organisations have been the best and vote them our share of the levy.

PR COMPANIES + THE INDUSTRY OF FEAR

Quite simply we need tighter regulation around PR industries, and how much corporations, governments and special interests are allowed to spend on them.  It would have to be dramatically decreased and should be made illegal for these special interests to own or have anything to do with news organisations.

These are some suggestions to put forward that are concrete but not immovable.  We need to start somewhere, because without a media democracy, our hopes to live in a real democracy may never be realised.

You can also check out Occupy The Media’s demands here for some good thoughts.

Finally I would suggest that we begin working towards this with the Trade Unions.  It may be possible to secure the funding necessary to begin this journey from them.  Equally importantly we want to be a voice for workers rights and should work with the trade Unions at all possible points.