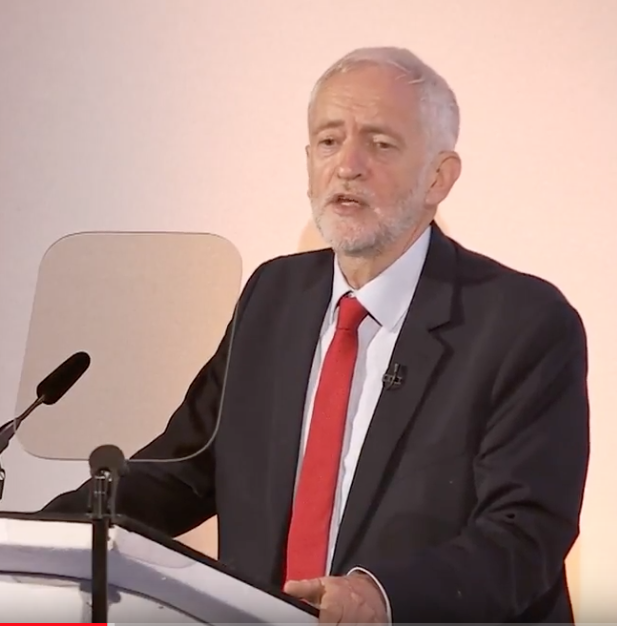 Jeremy Corbyn’s proposals for major reforms to our ‘failing’ media system, outlined in a speech to the Edinburgh Television Festival on 23 August, are much-needed and long overdue.

They lay out the basis for a more accountable and representative media that promotes new sources of independent journalism, demands that the biggest tech platforms make a full contribution to public interest journalism, envisages a far more democratic BBC and seeks to expand FOI to make the private sector more accountable to public scrutiny. All in all, the proposals pave the way for a serious public debate about the rights and responsibilities of some of our largest media outlets and the possibility of a digital future that aims to serve audiences and citizens rather than shareholders and governments.

Some of the proposals dovetail very closely with policies with which we are associated including:

The idea of a new ‘digital licence fee’ paid for by ISPs and major tech companies that would supplement existing revenue and perhaps lower the licence fee for those less able to afford it is certainly worth exploring – on the basis that the BBC itself is reformed, as above, such that it is able to retain public confidence. We wholeheartedly agree with Jeremy Corbyn that there needs to be a new and independent fund for public interest journalism that could be financed out of a windfall tax on tech companies. We would, however, want to make sure that any extension of the current BBC Local Democracy Reporter scheme does not involve siphoning funds to existing commercial news outlets but, as the Labour leader suggests, to ‘ local, community and investigative news co-ops.’

We also agree with his demand that ‘we must also break the stranglehold of elite power and billionaire domination over large parts of our media.’ In that context, we are disappointed that there was no room in the proposals for concrete measures on plurality reform, especially given the backdrop of the Fox/Sky merger review and the ongoing role played by media moguls in the political life of the UK. Parliament urgently needs to revisit media ownership regulation and to establish a new plurality framework for Ofcom that is fit for the digital era.

Despite what his critics are going to argue, these proposals are not a malicious response to the negative treatment he has faced from whole sections of the media nor do they constitute an ‘authoritarian’ attempt to muzzle press freedom (although Corbyn is quite right to insist that ‘much of our press isn’t very free at all’). Nor is it the case that ‘Corbyn is following the Donald Trump playbook on persecuting the media’.

These are significant and potentially transformative proposals that acknowledge that there is a crisis of trust affecting the UK media and that serious changes are needed if the vested interests that have dominated the media for so long are to be replaced by more accountable and democratic arrangements.