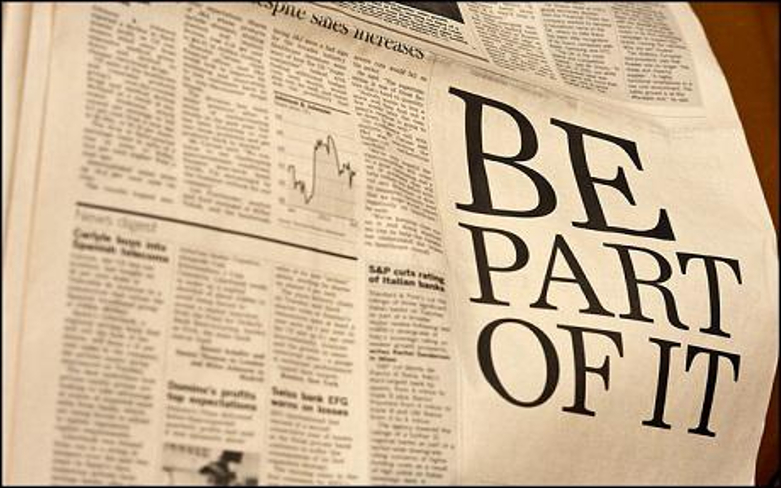 Ahead of the Media Democracy Festival, what can we all be doing to emulate in the rest of the UK the democratic media taking hold in Scotland?

If you’d asked me a few years ago how to democratise the media, I’d have given a different response. I’d probably have spoken about anti-monopoly laws. I’d have weighed up things like David Leigh’s proposal for a £2 levy on broadband connections to pay for investigative journalism. I’d have pointed you to ideas-machine Dan Hind and his proposals for the future of the BBC.

So when Josef from the Media Reform Coalition asked me to write something on the subject ahead of their upcoming conference, I was rather surprised that the first place my mind leapt to wasn’t any of those things. It’s not that they aren’t important. They are. Ultimately, the agencies and powers of the state are still vital in all of this, and shouldn’t be ignored. But now, I’d say something else too.

I’m Scottish. I moved to Oxford in 2009, but still go back fairly regularly. And over that period, I’ve seen a country utterly transformed. The trigger, of course, was the referendum. But I’m not entirely sure that the undercurrents are hugely different in the rest of what for now remains the UK. If you gave people in most parts of the country two years to consider if they could do a better job of running themselves than Westminster, I suspect many would conclude that they could.

The referendum has transformed Scotland into a more democratic place. People are more willing to challenge old certainties and question old elites; more willing to find information for themselves and come to their own conclusions. It’s far from perfect, and sometimes unpleasant. People used to getting to speak without challenge often feel under attack and those who now get to question them sometimes do so in fairly nasty ways. Some of the views expressed are bigoted because some people have some bigoted views and some of them are uninformed because people aren’t all experts in everything.

Despite all of this, it’s better than it was before: like the rest of the UK, a fairly obsequious place where elite networks got to declare that so-and-so was the expert in such-and-such (even if they had no real qualification in it) and so we should all follow their lead without asking too many questions. Today, to an extent at least, that acquiescence has been replaced with a degree of irreverence. There are still huge power imbalances, and sometimes a little too much willingness to replace one elite with another, but more people seem to feel able to speak their mind a little more than when I left. And that adds up to a big change.

A significant part of this shift has been an extraordinary transformation of the media landscape. Specifically, there are at least four entirely crowd-funded media initiatives employing people to work covering politics: Common Space, Bella Caledonia, Wings over Scotland and the Ferret. The former primarily does news, the second two commentary, and the final investigative journalism.

These sites are all different in their nature. Each has its critics and some of their criticisms are entirely justified. Wings over Scotland in particular is very controversial.

Whether you like these sites or not, what they have proved is important. It is possible to have a crowd funded media. In the right circumstances, a system where readers voluntarily chip in because they appreciate the work a journalist does can reach a scale where a number of people are employed, as journalists, to hold the powerful to account.

This is important. Because it means something that I’m not sure I would have believed when people said it a few years ago. It is possible to have a widely read media which is not in hoc to advertisers or prey to the whims of small groups of wealthy backers or dependent on the generosity of trusts and foundations, but which relies on the contributions of its readers. It’s possible to do that even without significant change in regulation or legislation. And that’s vital to democracy.

The fact that it’s possible means that there can be no excuse for all of us not trying to make it happen in the rest of the UK. And that’s not just up to those of us, like me, whose job it is to try and deliver this. Because if you wish there to be a more democratic media in the UK, then it is in part in your power to make it happen – that’s how democracy works, or should. Here are some practical things you might be able to do to help.

The first and obvious thing is that we all need to be willing to pay money for journalism. There was a time when lots of people believed that the truths of the future would be conveyed to citizens through the internet by the medium of citizen reporters. And while this can happen to an extent, people need to pay their rent and feed their kids and to have the time to build up the skills of the trade. And that means that they need to be paid.

Secondly and perhaps just as importantly, if you’re the kind of person who sometimes has a story to give a journalist, why not try pitching it to someone other than the traditional media? Sure, openDemocracy doesn’t have as many readers as the Mirror, Red Pepper isn’t as widely read as the Economist. TheManchester Mule doesn’t have the circulation of the Manchester Evening Newsnor the Bristol Cable the same reach as the Bristol Post. But each would probably give you much more prominence, in the days of social media, people will share a good story wherever it’s published.

Most importantly, though, rather than giving free ‘content’ to corporate papers who want it so that they can make more from the adverts next to it, rather than building the power base of some oligarch, you’ll be sharing a valuable story which is helping to build up the public and not-for-profit space for democratic discussion.

Thirdly, lots of campaigning organisations from professional NGOs to voluntary groups run blogs on their websites – often, they say pretty interesting things, and practically no one reads them. They do it to try (and usually fail) to get people onto their sites, to try and make them look lively and exciting.

Instead of doing this, they could be writing those same pieces, and having them published outwith their own websites. Speaking for openDemocracy, we’re usually delighted when a campaign group comes to us with a piece explaining why their issue is important, or the vital nuances of a new trade deal, or whatever.

I’m not arguing, just to be clear, that activists and NGOs and politicians should ignore the conventional media. That’d be foolish. All I’m saying is that if you think that the press is part of the problem, then you can help build the solution to that. When people said that to me ten years ago, it sounded like a pipe-dream. But the evidence from Scotland is clear. It is possible to build a widely-read media funded by public conscription. And if you do, it can help to utterly transform politics.

The building of the media of the future is a necessary part of social change. It will require in different ways support from all those who yearn for a different politics. But it is possible, and I look forward to working with you all to try and make it happen. If you want to discuss how, I’ll see you at the Media Democracy Festival on October 17th!