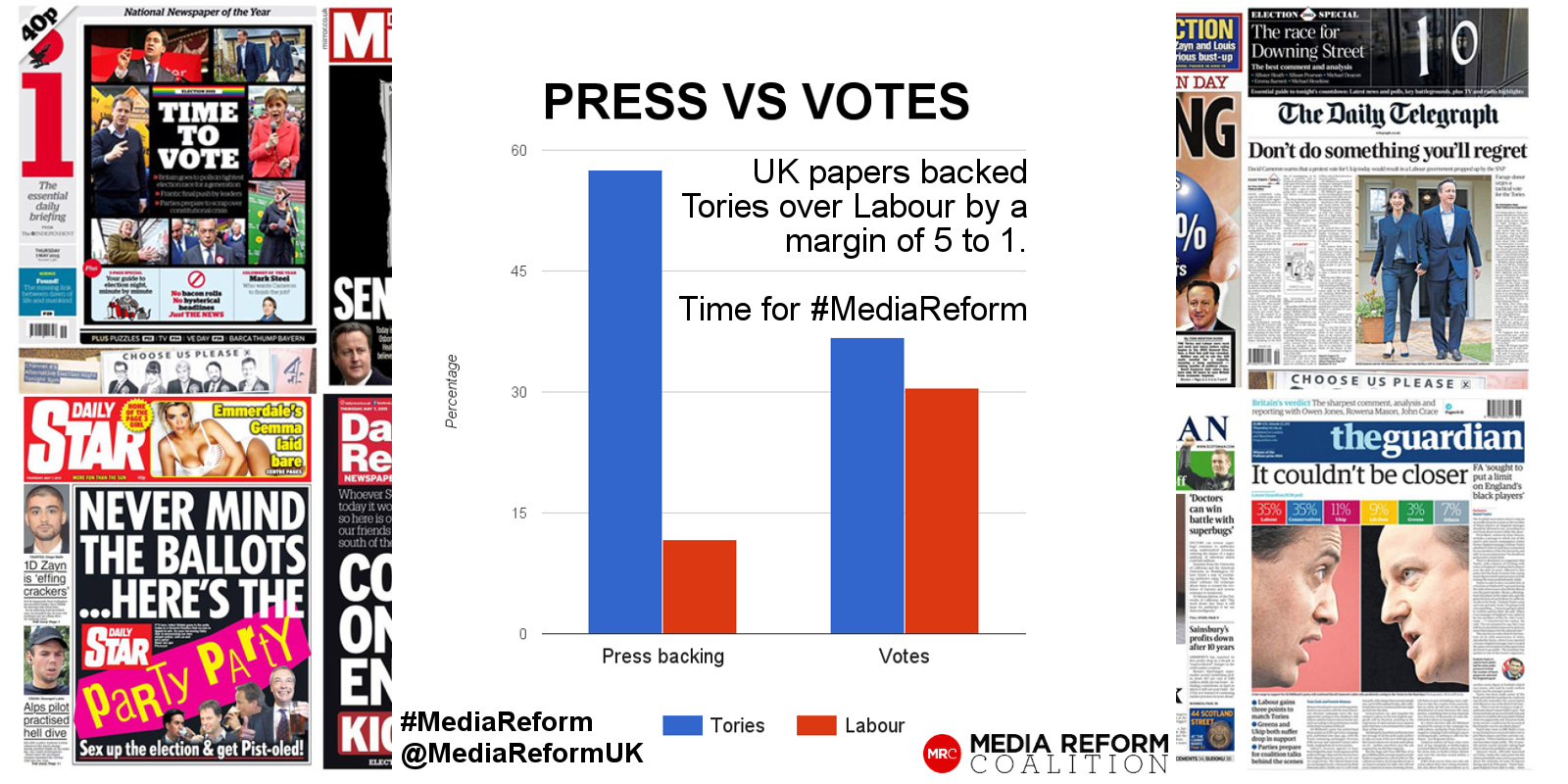 Well, as predicted 3 days ago by Shaun Lawson in OpenDemocracy, the polls got it wrong.

Perhaps Shaun was paying more attention to the press coverage? A couple of days before the Media Standards Trust‘s Election Unspun site published their report on partisanship in the leader columns of the UK press:

This is all a strong reminder that Labour – and the Green Party – were absolutely right to make manifesto commitments about tackling the abuse of media power and it would be a huge mistake to backtrack on these promises. You do not turn attack dogs into watchdogs simply by continuing to feed them, and poll after poll shows there is widespread public support for media reform.