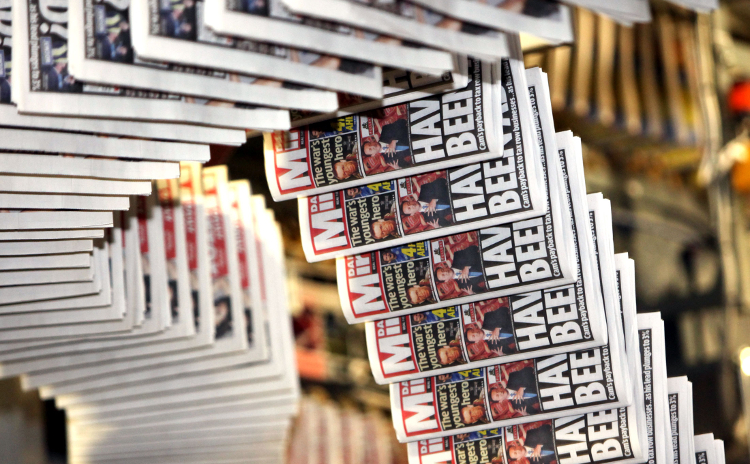 Along with the Media Reform Coalition researchers at the School held a public panel discussion about the recent merger between regional news publishers Trinity Mirror and Local World. We hosted speakers from the word of politics, academia and journalism to debate the issues.

Trinity Mirror, the fifth-biggest local media company in the UK, is buying out the fourth-biggest, Local World (see p.8 of this excellent report). I admit this may seem dry, and perhaps a bit esoteric. It sounds more alarming when you think about what this will do to the Welsh news market. Trinity Mirror was already by far the biggest newspaper owner in Wales, and it has just bought out the second biggest (as the IWA point out on p.68 of their excellent recent Media Audit).

The company now has a near monopoly over commercial news in Wales. So why might that be a bad idea? No company should have that much influence over a market, whatever they’re selling. But when the product is news, which reaches and influences so many people, the potential for abuse of that power is very serious indeed. We need a plurality of ownership, not more concentration.

But that’s not the only reason this may well be bad for the media in Wales. What have Trinity Mirror said about their plans? Simon Fox, the CEO, says that the deal would deliver £10-12million in savings in the second full year, seemingly on top of the planned £20million of savings they already announced earlier this year. Where are those savings likely to come from?

My own research has shown that in the past they’ve often saved money and generated profits from laying off wave after wave of journalists. The trouble is the company has already done this so often that there aren’t so many more journalists left to lay off. In 1999 Media Wales’ own annual accounts show they employed around 700 editorial and production staff; by last year that had shrunk to just 114. The Swansea Evening Postnewsroom, previously owned by local world, has also been decimated already. Further cuts have been made by merging newsrooms, and even closing down newspapers.

So it’s very likely that, as a result of this merger, we’ll have even fewer journalists: telling stories about life in Wales, informing people about what’s going on; representing the interests of communities; mediating between the Welsh public and Welsh elites; and holding our politicians accountable, when necessary. So judging by the company’s past form, more jobs will be lost perhaps more news outlets closed down, or merged.

I genuinely worry that, as a society, we risk sliding into a general state of ignorance of local public affairs, and quite possibly into a period of low-level civic corruption. We may be halfway there already. Our panel shared similar concerns in a wide-ranging and positive discussion.

Bethan Jenkins is a Welsh Assembly Member for the South Wales West region, which is home to most of the newspapers which are going to swallowed up by this merger. She’s been a vocal campaigner on a huge range of progressive issues in Wales, and, among other things, she’s held her party’s brief on media and cultural issues. She’s been a consistent critical voice on issues of media reform, and spoke passionately about how hard working journalists in her constituency are facing tough working conditions, and fear for their jobs.

Steve Jones is a journalist with more than 25 years’ experience in regional newspapers, most of which was spent working for Trinity Mirror. A member of the National Union of Journalists (NUJ) Wales Executive Council and a longtime union officer at Media Wales, he has a lot of experience of the company’s business strategies, and was well placed to draw on this when talking about how this takeover is likely to affect journalists working on the front line.

Dr. Rachel Howells is a recently-graduated PhD student from this department. She’s been doing much-needed research on local media and the democratic deficit in Port Talbot, looking at what happens to a town and it’s citizens when a local newspaper closes down. She told us that her research shows that a “news black hole” emerged not when a newspaper closes down in the town, but much earlier than this, when significant numbers of journalists lost their jobs. She also told us that this can have severe effects on citizens’ knowledge of important local issues, and on their abilities to participate in debates and take part in the democratic processes in a way that would allow their views to be heard before decisions were taken which affected them.

Laura Davison is a UK organizer for the NUJ. As someone who works representing journalists who are at the sharp end of continued cuts to staffing levels, dealing with low pay, and poor working conditions (including severe overwork), she was among the best placed in the country to give us an insight into what this merger will mean for journalists. She drew our attention to Trinity Mirror’s CEO Simon Fox’s blindness to the effects of the crisis in local news on civic life, branding him a “democratic deficit denier”, and vowing there was a need to hold the company to account over its suggestion that local news in and around Swansea wouldn’t suffer as a result of the merger.

You’ll notice that there was no representative from Trinity Mirror here on the panel. That may seem odd to some, but it was a conscious choice on the part of the organizers. We saw this as a campaigning event which was there to put forward marginalized voices in this debate and to advance arguments that don’t get such a regular airing. Our aim wasn’t to promote those voices, like Trinity Mirror, who already have a huge platform (in the form of multiple printing presses, hundreds of newspapers, and serious resources to devote to lobbying and PR).

The wide-ranging discussion after the talks from the panel was occasionally gloomy but always passionate. Importantly, it included debate about the best ways to counter this problem, rather than only focusing on the (considerable) problems we face. It was noted that there are many independent hyperlocal and community news producers out there experimenting with smaller-scale business models with some success, and that we need to find ways of promoting and fostering these new local news players, given the problems with the sustainable provision of traditional local news. You can find how the event was covered by those attending (and those listening in) on Twitter under the hashtag #JomecMerger.

Watch this space for ways that you can get involved to argue for media plurality and public interest journalism in Wales.