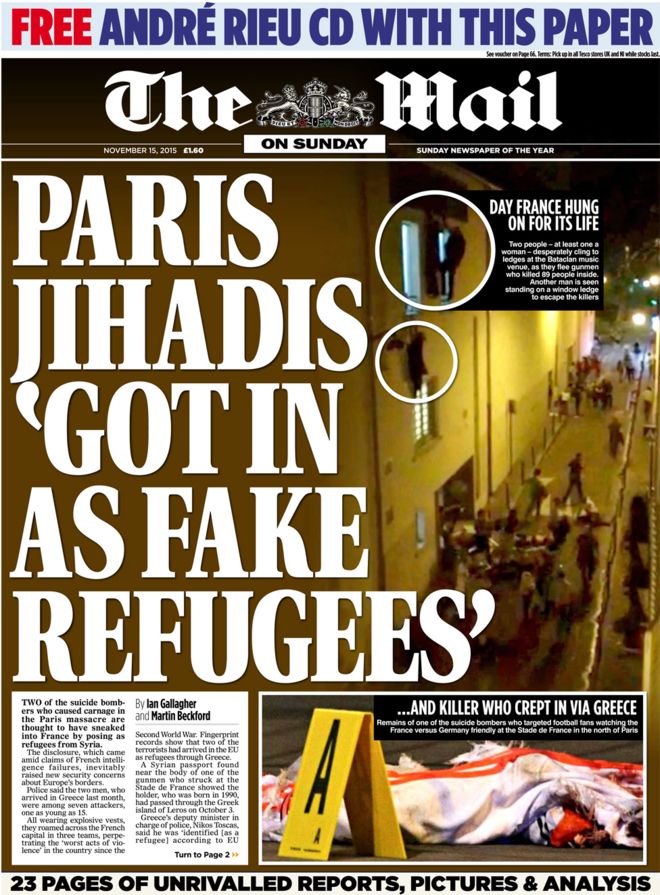 As the events from Oslo on July 22, 2011 filtered through, TV news producers began to scramble. Many people had been murdered by a gunman, and they needed experts to give expert opinions. Fast. What followed was one of the the most embarrassing examples of uninformed mass punditry in news history. This “must” have been Al Qaeda, most opined. Then, even after Breivik was identified and captured, a number of experts simply refused to believe reality and spun their earlier guesswork. I remember watching CNN’s coverage of Oslo, and not once did an anchor challenge any of these experts. It was an exercise in throwing any half-baked opinion against the wall, hoping against hope that something might stick.

During horrific attacks such as the ones in Oslo and now Paris, there is a certain inevitability to people turning to large, mainstream TV news for information and updates. That’s because TV is still the dominant news source for most citizens: size, trust and pure habit lead us to the places we know. Our personal media history matters. Social media, we are told, while superficially informative and occasionally entertaining, are ultimately dangerous during crises, laden with speculation, half-truths, untruths, hot takes and political points-scoring. However, what I saw when I flicked between BBC, CNN and other large-scale channels as I followed the events in France was little more than those things. In fact, the level of speculation and death-toll pornography on my TV screen more than equaled what I saw on my computer screen.

For me, the worst of these sins (from a journalistic perspective) is the uncritical deference shown to “experts” and pundits invited to help viewers put horrific events “into context.” More often than not, these experts muddy already filthy waters by spouting guesses and half-truths. Or, they take the opportunity to forward a particular political agenda. In one of the most egregious cases right after the Paris mass murder, BBC World invited ex-CIA chief James Woolsey into the studio to offer some nuggets of wisdom. He used this platform to offer a mélange of US talking points about terrorism, compounded with the suggestion that the mass influx of refugees from Syria “set the context” for the horrific events in Paris. Instead of challenging Woolsey by asking, for example, how the influx of refugees was connected given the fact that almost all of them were fleeing the very violence seen in Paris, the presenter simply gushed how lucky the BBC were to have him on the show…and moved on.

The common excuse used for slipshod guesswork and punditry is that events are “fluid” and that these are, after all, just opinions. That’s as weak as it is disingenuous.

The assertion that there is a relationship between the influx of refugees to Europe and the events in Paris, for example, stigmatizes people who have fled their homes, their families and everything they know in order to find safety. If an expert insists on positing that relationship to millions of viewers without a shred of evidence, then they must be called on it. To not do so is professional misconduct. Being a guest on a major TV news program is not an offer to come up with on-the-spot bullshit with a guarantee of immunity from interrogation. It is a position of social and cultural power made available to very few people, and should be treated as such. When someone offers an opinion, even if it is totally wrong, it stays in our heads, filed away as a “legitimate argument” that has entered into the public domain. It’s a little known process called memory.

Essentially, what I am talking about here is a desperate desire on the part of major news organizations to create and drive the narrative of these terror attacks, when what they should be doing is questioning and interrogating narratives. This process involves a heavy emphasis on confirmed sources, restraint, and a focus on information of vital importance (telephone numbers, hospital information, requests for blood, etc.). In conjunction with these elements, the following are key:

News is about story-telling power, and events such as the mass murders in Paris amplify that power by increasing our focus (in times of extreme emotion) upon journalistic output. Live events are indeed “fluid” and unpredictable, but that is precisely why restraint and a critical eye are needed in order to sort and critique the multiple narratives that emerge.

Originally posted at medium.com and reposted here with thanks