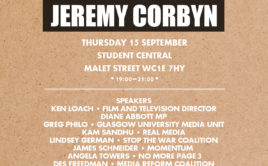 and why Labour cannot and should not play the mainstream media game by Justin Schlosberg Myth 1. The mainstream media are all complicit in an orchestrated smear campaign against Corbyn This is a common inflection among Corbyn supporters who view the coverage of his leadership with deep-seated cynicism and mistrust. But the reality is more complex and more subtle. There are … END_OF_DOCUMENT_TOKEN_TO_BE_REPLACED 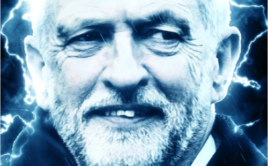 As the second Labour leadership election in less than a year gathers pace, research produced jointly by the Department of Film, Media and Cultural Studies at Birkbeck, University of London and the Media Reform Coalition, based at Goldsmiths, University of London, has found clear and consistent bias in favour of critics of Jeremy Corbyn. The researchers analysed 465 online … END_OF_DOCUMENT_TOKEN_TO_BE_REPLACED

Do we need a whisteblowing hotline for journalists? How can we protect the idealism of young journalists from the economic pressure of the newsroom? What does 'raucous' really mean? Media Reform's Maire Messenger Davies, Professor of Media Studies at the University of Ulster, gives her view on the Leveson Report - written the day after. ‘The buzzword is betrayal’ Well, the … END_OF_DOCUMENT_TOKEN_TO_BE_REPLACED