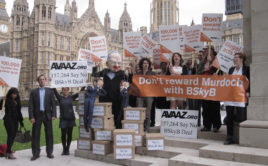 The Media Reform Coalition have today submitted a comprehensive response to criticisms of our evidence and arguments made by 21st Century Fox. The submission includes a point by point rebuttal of these critiques and reveals deep flaws and serious inaccuracies in their analysis. As we approach the final stretch of the merger review, our submission draws attention to the … END_OF_DOCUMENT_TOKEN_TO_BE_REPLACED 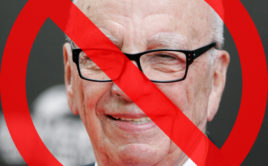 The announcement by 21st Century Fox of its intention to buy out Sky Plc has regenerated concerns about media plurality and concentration in the UK. A new report produced by the Media Reform Coalition in conjunction with Avaaz, argues that, under the current legislative framework, there is an unprecedented case for intervention on plurality grounds and that the competition … END_OF_DOCUMENT_TOKEN_TO_BE_REPLACED

Rupert Murdoch’s 21st Century Fox has now confirmed its agreement to buy the remainder of Sky, Britain’s largest broadcaster. This takeover will unambiguously strengthen Murdoch’s dominant voice in the British media at a time when we desperately need more diverse sources of news and entertaiment. There appears to be a growing chorus arguing that the situation today … END_OF_DOCUMENT_TOKEN_TO_BE_REPLACED