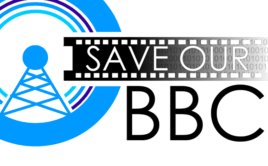 The Campaign for Press and Broadcasting Freedom (CPBF) and the Media Reform Coalition (MRC) have criticised some of the BBC’s most vocal opponents in the press for their concerted attack on the future of the Corporation. With discussions on Charter renewal due to run for 18 months, the role of the new culture secretary John Whittingdale will be pivotal. His surprise appointment … END_OF_DOCUMENT_TOKEN_TO_BE_REPLACED 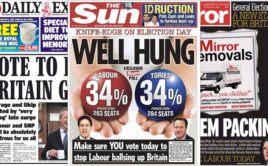 by Natalie Fenton Maybe it should come as no surprise that in the aftermath of the Hacking scandal and the Leveson enquiry that followed media policy was an election issue. Labour, the Liberal Democrats and the Green party pledged substantive media reforms in their election manifestos. Not that you would have known it from the media. The Loughborough study noted that the … END_OF_DOCUMENT_TOKEN_TO_BE_REPLACED 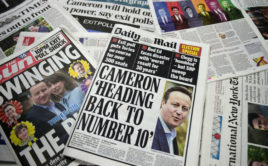 by Des Freedman, Professor of Media & Communications, Goldsmiths, University of London Heading into the 1992 election, polls pointed towards a hung parliament. The Sun turned up the heat on election day with a front page asking that: ‘If Kinnock [the then Labour leader] wins today will the last person to leave Britain please turn out the lights.’ The Tories duly won the … END_OF_DOCUMENT_TOKEN_TO_BE_REPLACED 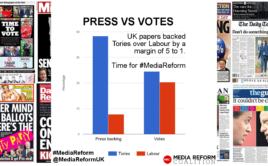 Well, as predicted 3 days ago by Shaun Lawson in OpenDemocracy, the polls got it wrong. Perhaps Shaun was paying more attention to the press coverage? A couple of days before the Media Standards Trust's Election Unspun site published their report on partisanship in the leader columns of the UK press: And the day after his prediction Dominic Ponsford and William … END_OF_DOCUMENT_TOKEN_TO_BE_REPLACED

by Ghazal Tipu Muslim faith leaders, media professionals, activists and students gathered in an event last week, in a bid to gather grassroots support for media reform. A groundswell of support from the UK’s largest minority community could prove a real boost for the media reform movement. As a population of three million in the UK, Muslims feel vilified by sensational and … END_OF_DOCUMENT_TOKEN_TO_BE_REPLACED

Do we need a whisteblowing hotline for journalists? How can we protect the idealism of young journalists from the economic pressure of the newsroom? What does 'raucous' really mean? Media Reform's Maire Messenger Davies, Professor of Media Studies at the University of Ulster, gives her view on the Leveson Report - written the day after. ‘The buzzword is betrayal’ Well, the … END_OF_DOCUMENT_TOKEN_TO_BE_REPLACED