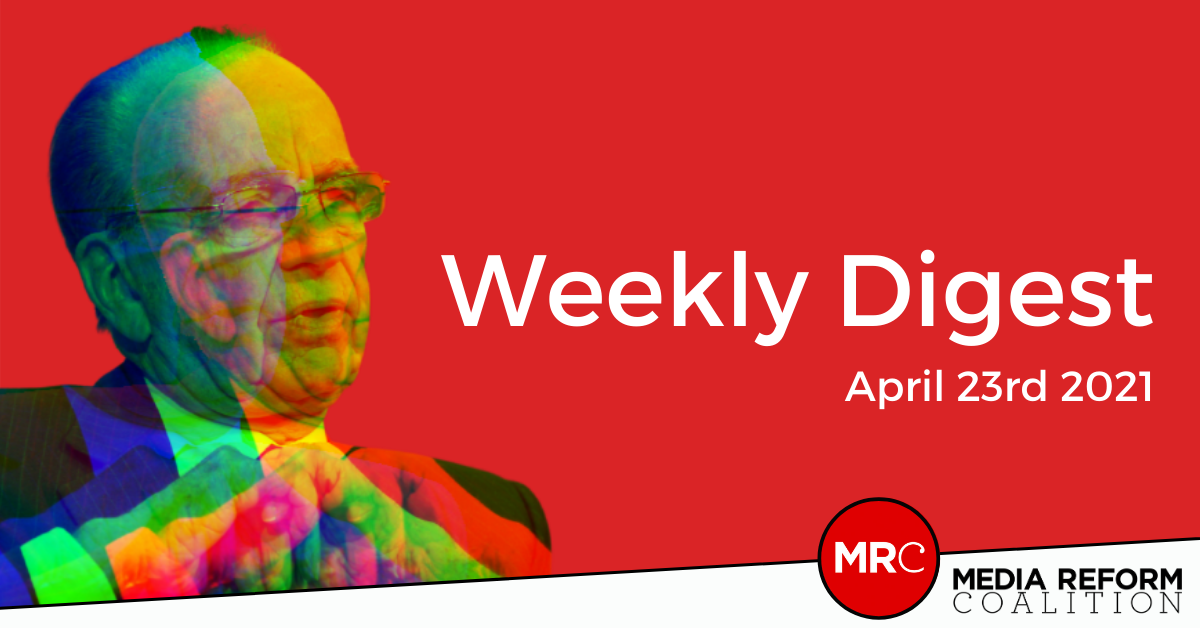 For even more content on media, work, and politics, you can follow me at Chompsky: Power and Pop Culture. For now, here’s your media news digest!

The Media Reform Coalition is in the news! Tribune has done a feature on Britain’s media monopoly, with MRC’s Who Owns The UK Media? report as its central feature.

READ: Britain’s Media Monopoly is a Threat to Democracy

“The Covid-19 pandemic has laid bare the serious challenges facing British media institutions. Traditional broadcasters are locked in fierce competition with global streaming services, and the BBC—between attacks on its independence, cuts to its services, and threats to its funding—faces a political reckoning. The pandemic has intensified concerns about the role of social media platforms in spreading misinformation and fostering online abuse, while the ‘anti-woke’, ‘anti-metropolitan’ GB News and Rupert Murdoch’s News UK look tailor-made to further polarise audiences when they launch later this year.

Trust in news organisations is already precipitously low, with research by the Reuters Institute suggesting just 28 percent of the public feel they can trust the news. Worse still, the latest Eurobarometer figures place UK journalists as by far the most distrusted out of 33 European countries.”

It’s the Guardian’s bicentennial next month, and the good folk at the Leverhulme Media Research Centre at Goldsmiths, University of London (who also run the MRC) have written a book about the paper’s past and present to mark it.