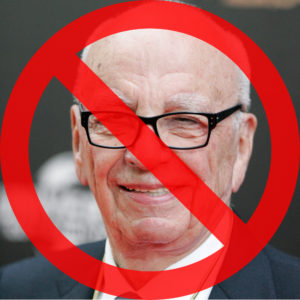 His first attempt to buy out Britain’s monopoly satellite broadcasting platform in 2011 was doomed by the unraveling phone hacking scandal. Now Murdoch is trying once again to consolidate his grip on the UK media in a move on Sky that was announced late on a Friday afternoon, pre-Christmas, and post Parliamentary recess. David Yelland, former editor of the Sun, told Channel 4 News “I don’t think there will be much opposition to this”. We must prove him wrong and not allow this further extension of Murdoch’s media power to go unchecked. Please sign and share our petition widely.